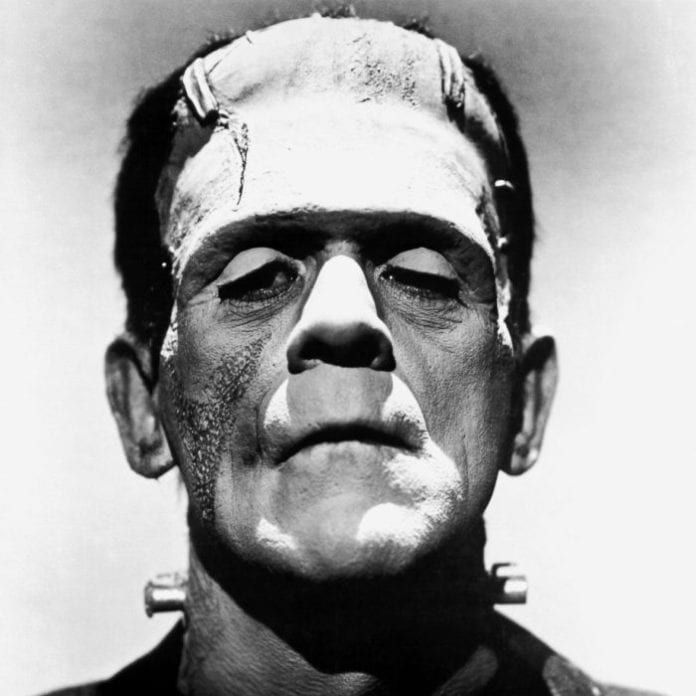 Halloween isn’t your typical time for birthday celebrations, but this one fits that bill as Mary Shelley’s Frankenstein turns 200 this year.

In 1818 an anonymous novel Frankenstein: The Modern Prometheus was published in three volumes to little acclaim and even smaller sales of just 500 copies.

But in the time since Shelley’s work has become one of the most acclaimed pieces of literature in history, and Frankenstein’s Monster is one of the all time horror icons.

This Halloween several events around Galway will be raising a glass to the patchwork man as he hits his bicentenary.

A screening of Mel Brooks and Gene Wilder’s comedy classic Young Frankenstein will be held at the Black Gate Cultural Centre on Tuesday, October 30 at 5pm.

The following evening, Halloween itself, will have readings from Frankenstein take place at NUI Galway’s O’Donoghue Centre from 6-8pm.

And Dr. Mary Fairclough will deliver a lecture at NUI Galway on ‘Frankenstein’s Chemistry: Vital Motion and the Science of Life’ in the Anatomy Theatre from 7-9pm on Thursday, November 1.

This project is a branch of Frankenreads, the international celebration of the 200th anniversary of Shelley’s creation supported by the Keats-Shelley Association of America.

NUI Galway’s EXPLORE initiative, where students and staff collaborate to deliver innovate ideas, is helping to organise the events here in Galway.

“It provides a great opportunity to get more people to engage with Dr Frankenstein and his creature as they were created by Mary Shelley, rather than just as the cultural phenomena they have morphed into over the last two hundred years.”

Though the novel and its monster have become cultural staples in literature, film, and theatre ever since, the original publication and its story are often misunderstood, unknown, and unread.

The aim of Frankenreads NUI Galway is to place Shelley’s novel at the centre of the bicentenary commemorations as well as celebrating its rich and varied afterlife.

Tickets for these events are free but should be booked in advance, spots for each of the events can be booked online here.