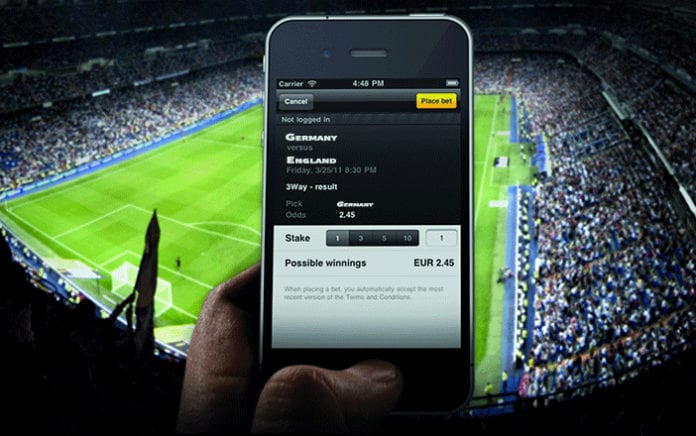 The relationship between sport and the gambling industry has long been a hot-button topic. Things may soon be coming to a head in the UK, with the British government currently taking a long, hard look at its existing gambling laws, and reportedly considering a ban on betting sponsorship in football. Could this be a sign of things to come here in Ireland?

Before getting ahead of ourselves when speculating about a potential knock-on effect, it’s worth noting that big, draconian measures in the UK are far from a foregone conclusion. Despite a general desire to tackle problem gambling, many in Britain are vehemently opposed to a crackdown on betting sponsorship.

Rick Parry, chairman of the English Football League, has warned that such a ban would be “catastrophic” for smaller clubs which have already been hit hard by Covid-19 lockdowns. Parry believes a ban would not only punch a huge hole in the finances of the lower-down clubs, but would also be ineffective. “There’s no evidence to suggest that banning sponsorship will reduce the prevalence of problem gambling,” he told the Financial Times.

It’s also been speculated that, rather than going for the full ban, the British government might instead take a softer approach and issue a code of conduct for betting firms. Speaking to the PA news agency, Darren Bailey – former director of football governance at the FA – said that stricter controls are more likely than a ban. “You may see some restrictions on the number of sponsors per league,” he said. “It’s extraordinary to see the number from one particular sector. It’s a bit of a sector ambush that you wouldn’t have seen before.”

Whatever happens in the UK, and whatever influence that may or may not have across the water, it does look like there may be some changes, at least with regards to gambling advertising, in our neck of the woods. Last December saw the passing of the Interim Gaming and Lotteries Act, which has laid the foundations for new, potentially radical reforms.

More dramatically, the Labour Party has since published bold, draft legislation to ban all gambling advertising across all forms of media. Even though the Labour Party are, of course, not in power, the proposal has set tongues wagging about a cultural shift in how we see gambling in day to day life.

While publishing the bill, Senator Mark Wall of the Labour Party released a damning statement calling gambling addiction a “silent scourge across the nation” and citing the fact that, in 2019, Ireland had “the seventh highest gambling spend in the world.” He also made a point of mentioning the sports-gambling complex. “Watching a match, we are bombarded with reminders to download gambling apps, or put a few bob on the score,” Wall said. “In broadcast media alone, 75.4% of sporting broadcasts show at least one gambling advertisement.”

That said, the proposed legislation doesn’t specifically address the issue of betting sponsorship in sport, and Labour’s spokesperson on trade, Aodhán Ó Ríordáin, has said that any move against sponsorship would require a “longer conversation and a more complex conversation and would have far-reaching impacts if there wasn’t a replacement funding.”

The announcement by the Labour Party came just days after it was reported that the Gaelic Athletic Association (GAA) and Gaelic Players Association (GPA) are seeking a change in gambling advertising regulations.

Both of these sporting bodies have already banned gambling sponsorship among their members, with former GAA president John Horan saying back in 2018 that “the betting problem in this country is a lot more dangerous than people think. The whole movement of betting into credit cards, phones, that sort of thing, is exposing people in a far great way.”

Now, the GAA’s Colin Regan has called for the Irish government to “properly tax the enormous amounts of money that the gambling industry is making” and funnel the funds into addiction services. Meanwhile, the GPA’s Jennifer Rogers has spoken out in favour of a ban on gambling advertising during the broadcast of live games.

To some onlookers, this kind of noise from prominent sporting officials, not to mention the independent bans on sporting sponsorship by the GAA and GPA, and the potential harder line in the UK, may seem to imply that huge overhauls are surely only a matter of time. The fact is, however, the powers-that-be in Ireland have substantial catching up to do when it comes to grappling with gambling.

It was way back in 2013 that new regulations were proposed in the form of the Gambling Control Bill. That’s been stuck in limbo ever since, and Ireland still lacks a regulatory body like the UK’s powerful Gambling Commission.

While law-makers have dawdled, Ireland has – like almost every other country on the planet – been swept along with advances in online gambling, with sites like TopRatedCasinos.ie revealing the sheer wealth of sites offering slots, roulette, blackjack and other casino options accessible by computer or smartphone.

Senator Mark Wall referenced this technological shift in his statement accompanying Labour’s proposed gambling ban bill, noting that “whereas previously there was some limit to the damage that could be caused as a result of people having to go to betting shops, now any one can gamble any amount of money on their phone in an instant.”

James Browne TD, Minister of State for Law Reform, also touched on this in an interview last year, when discussing the long-anticipated creation of a gambling regulator in Ireland. “The line between gambling and gaming is blurring,” he said. “Everyone knows what gambling used to mean, but nowadays everyone has a casino in their back pocket with their phones.”

Browne has indicated there will be moves to impose deposit limits, firmer age verification protocols, and curbs on promotions used to tempt gamblers back for more sessions. Still, as with the Labour Party’s bill, sports sponsorship seems to have escaped any proposed restrictions.

It’s looking likely that sports organisations will remain free to make their own minds up, and football in Ireland is clearly far from going down the same anti-sponsorship path as the GAA and the GPA.

Indeed, the Football Association of Ireland recently announced it will not place any ban on League of Ireland football clubs taking on betting firms as sponsors. Just lately, Shamrock Rovers signed a lucrative deal with betting giant 888, which will mean having 888’s logo emblazoned on players’ shirts.

A few months before, Dundalk FC made its biggest ever sponsorship deal with BetRegal, and if Dundalk’s If Chief Business Officer David Minto felt squeamish about partnering with a betting firm, he certainly didn’t let it show. “We are excited to have secured such a huge brand like BetRegal as our main sponsor,” he said. “This feels like the beginning of a new era at Dundalk FC.”

Given this kind of clear enthusiasm, and the equally clear reluctance of politicians to bring in sponsorship curbs, it seems that – while changes may well be brought in to regulate the industry in Ireland – gambling will continue to have a strong presence in Irish sport for some time yet.