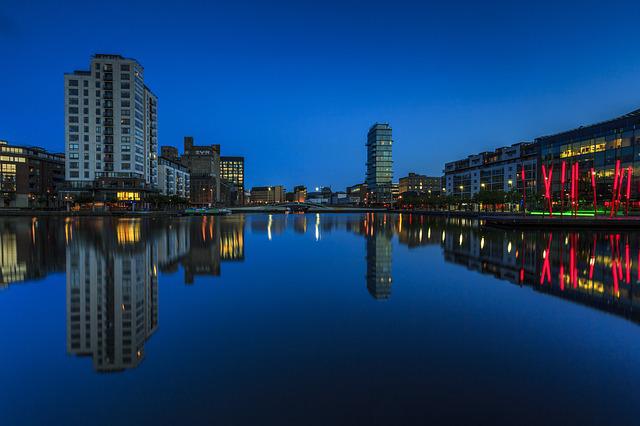 Gambling is one of the most prominent hobbies and pastimes in Ireland. In fact, the Irish people are so fond of various forms of gambling like sports betting, horse racing, greyhound racing, and casino games just to name a few. That’s why the gambling industry in Ireland is one of the most vibrant and most lucrative national markets in the world. However, there’s one particular global trend in gambling that the Irish population and government are still slowly adapting—online gambling. While there has been much advancement in the world of online gambling, Ireland is drastically trying to catch up to stay relevant in the industry.

In Ireland, gambling has been legalized and regulated since the 1800s. That’s why the Irish population is no stranger to the idea of betting and gambling. Unlike some other countries, Ireland doesn’t have a dedicated authoritative or regulatory body that handles gambling specifically. The Irish people are merely free to gamble wherever they want as long as the establishment providing the services has a proper license from various bodies that are recognized by the Irish government.

The earliest law surrounding gambling in Ireland was the Betting Act of 1854. This made Ireland a relatively progressive nation when it came to gambling legislation. They then updated the Act in 1931 before they also passed the Gaming and Lotteries Act of 1956. In 2013, the Irish government introduced the Gambling Control Bill. The legislation sought to regulate the online gambling industry in the country so that Ireland would have updated laws surrounding emerging technologies. However, the bill has yet to be passed. In 2015, another bill was introduced that was designed to revise the Betting Act of 1931. This was then signed into law later that year. The specific provision stated that any gambling operator from Irish nationals in Ireland is required to attain an Irish license. Aside from that, gambling operators are also required to hold one out of the three licenses recognized by the Irish government. The most relevant and most recent law surrounding gambling in Ireland is The Gaming and Lotteries Act of 2019. Ultimately, this updated version of the law sought to expand on existing rules concerning lotteries and sports betting.

Well, online gambling in Ireland is legal. That means Irish nationals are free to play online slots, poker, blackjack, and roulette. However, Irish nationals are only limited to sites that have a proper license from a reputable regulatory body like the UK Gambling Commission or the Malta Gaming Authority. The platforms that are found on sites like Casinofy are fully licensed by reputable gambling authorities and are used by people from all over the world.

While poker is legal in Ireland, there’s no specific piece of legislation that’s regulating its activities. However, it’s generally encouraged that Irish player’s only play poker on reputable platforms with the appropriate licenses. Other gambling activities like online sports betting and online bingo are also legal thanks to the Betting Amendment Act of 2015 and the Lotteries Act of 1956 respectively. This is definitely welcome news as the Irish population is incredibly fond of betting on games like horse racing and football.

The Future of Gambling in Ireland

As it stands, the Irish gambling market is continuing to rise. And this is consistent with the trend that gambling has always been a popular pastime among the Irish population. That’s why there’s so much pressure on the Irish government to come out with more relevant and updated laws surrounding the various developments that are being made in the field of online gambling. Ireland is like many other countries in the sense that they are trying very hard to push against unlicensed casino platforms and fraudulent websites that are looking to take advantage of gullible casino players. However, the Irish government has already articulated its commitment to modernizing the country’s gambling regulations and operations.

While Ireland is looking to update its laws surrounding online gambling, various operators and software developers are continually innovating the industry as it punishes forward. This is consistent with the consumer pattern of online gambling. Even after the pandemic, many people still prefer to gamble via their mobile devices and desktop computers.