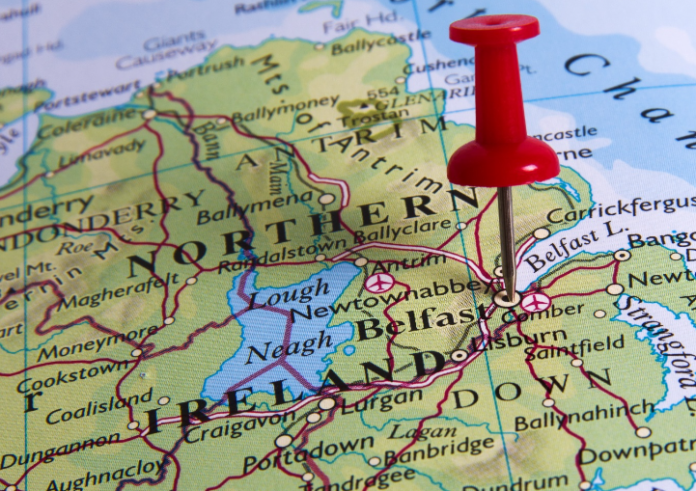 Northern Ireland is looking to make changes to its gambling legislation and make things more stringent for licensed gaming operators. In the light of this move, Stake Casino is reconsidering its strategy to expand in the country.

Stake Casino is the iGaming brand of the famous crypto sports-betting platform Stake.com, which was in the news for featuring celebrity rapper Drake on a Twitch livestream. The operator has noted that the changes in Northern Ireland’s gambling laws will radically transform the gambling industry.

Indubitably, there’s virtually no comparison to the UK online casino market, with countless operators at players’ disposal – many of which are cataloged on NoDepositRewards. Yet, despite being substantially smaller, Ireland still has a lot to offer to locals who enjoy a good online slot or placing a nice wager on the latest football match.

Stake confirmed that introducing several new operators to Ireland may offer punters with a greater variety and thus, better gameplay. Moreover, it may spur other established providers to improve their product portfolios, with fresher content and revamped platforms.

Several casino owners, providers, and betting operators have set their sights on Southern Ireland in the wake of the impending reforms. Among them is Stake Casino, which released a statement explaining its motives to expand southwards.

According to Stake, Ireland’s gambling market is comparatively smaller and isolated than other countries. Only a select few control the entire market. The nation is also the lone common law country in the EU that has a different regulatory regime than other countries in the region.

For companies that wish to expand in Ireland, the move will not guarantee that they would be able to do the same in the other EU nations.

Existing operators and providers will be encouraged to develop and offer better gaming products to customers to survive in the competitive market.

Stake which is licensed by the Curacao Gaming Commission hosts more than 1000 games by leading content providers. Stake Casino offers its services in 15 languages, cementing its reputation as an emerging global company.

The firm’s decision to expand its footprint in Ireland might be a sign for other major international operators to make their foray into the Irish market.

Ireland’s Minister of Communities, Deirdre Hargey, introduced the Betting, Gaming, Lotteries and Amusements (Amendment) Bill in February 2022. The proposed amendment will significantly change how Northern Ireland regulates gambling and betting operations. The bill has entered the consideration phase, which is the initial stage of a two-part process before being approved by the parliament.

The amendment seeks to rectify the Betting, Gaming, Lotteries, and Amusements (Northern Ireland) Order 1985. Apart from introducing radical changes in regulation, the bill will impose a statutory levy on operators. The amendment proposal also entails a code for practice which will entail a heavier regulation regime.

These provisions directly concern online casinos such as Stake. Most importantly, the bill will make gambling contracts legally enforceable and remove some restrictions on promotional prize contests.

Other provisions of the bill include criminalizing the use of gaming machines by children and broadening the ambit of ‘cheating’. Bookmakers and bingo club owners can open their outlets on Sundays and Good Friday if the bill is passed.

The proposal will also impact lotteries as the existing £1 price limit will be removed from the sale of lottery tickets. The increased limit would be £100, while a 20% limit will be imposed on lottery proceeds, which are used for expenses. The amendment will make the existing process simpler and more streamlined.

Optimistic about the amendment, Hargey suggested that more regulations are underway to address the loopholes in the system. The minister hinted that the new laws would reflect the state’s intention to crack the whip on gambling ads that might influence young adults and children.

However, only time will tell about the success of Hargey’s efforts to introduce new regulations. The proposal could be turned into a law probably by 2023 or later, after acquiring the parliament’s assent.