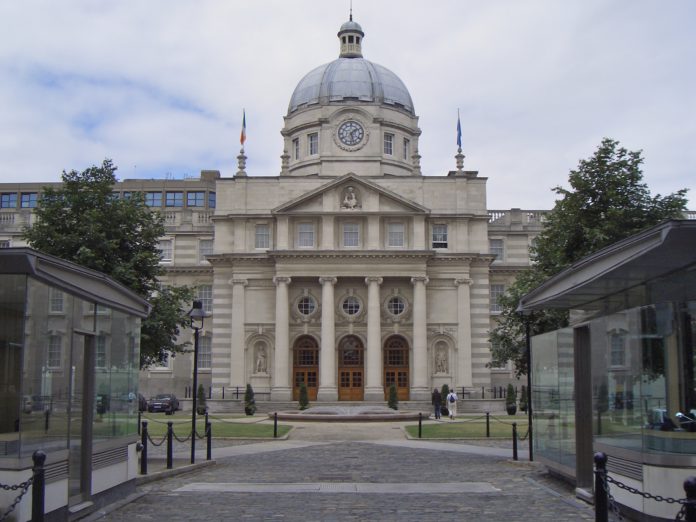 The gambling sector has been one of the few industries that has thrived under the difficult circumstances of recent months. Online casino and sports betting platforms have been in greater demand than ever before, no doubt partially due to the lack of alternative options during periods of lockdown.

While it is a rare ray of light for the economy, the fact that more people are gambling has inevitably set alarm bells ringing. It has also pushed the ongoing overhaul of Ireland’s gambling regulations up the agenda. As things stand, Ireland will have a fully operational gambling regulator in 2023. The question is whether that is soon enough and what might happen in the meantime while the industry remains largely unregulated.

How do things stand?

Ireland’s present gambling rules are a fragmented hotchpotch of regulations that date back to the 1950s and the 1930s, the responsibility for which is spread across a number of departments and agencies. It’s a story that has been seen time and again across Europe. Last year, Germany and Netherlands both substantially revised their gambling regulations to make them fit for purpose in the internet age, and it means that Ireland is now the only country in the EU that has no regulatory framework for online gambling.

Last year’s Interim Gaming and Lotteries Act, which was passed into law in December, laid the foundations for a full-scale overhaul of the rules and the appointment of a new regulatory body. Deputy Minister of State James Brown spoke out at the time about the need for “modern, sensible and effective” gambling regulations that are fit for purpose in the social and technological environment of the 2020s.

That environment is one that is complex, diverse and highly competitive. A glance at the sites listed at www.nodeposit365.com gives a flavour of just how many different operators there are out there, and also of the lengths to which they are willing to go to attract market share. Appearing on specialist comparison sites where their bonus offers and special promotions are properly evaluated and compared with those of other service providers is one thing. However, in an unregulated environment there is also a free-for-all when it comes to marketing activities like TV advertising.

Senator Alice Mary Higgins warned that the current circumstances are liable to throw Ireland into a “perfect storm” of a gambling crisis with all-channels, all-hours advertising on one hand and problem gamblers rendered even more vulnerable than usual in the wake of the pandemic and its associated restrictions and stresses on the other.

The role of the regulator

Senator Higgins feels that these factors make it vital to establish the regulator as a matter of urgency, and certainly before 2023. When operational, the regulator will have wide-reaching responsibilities including licensing operators, setting regulations and then ensuring they are enforced and taking appropriate sanctions against those who break the rules.

Specifically, Deputy Brown described the regulator’s role as follows: “to prevent gambling from being a source or support to crime; to ensure that gambling is conducted in a fair and open way for companies to make decisions in certainty; and to require the promotion of safe and responsible gambling, and to combat problem gambling.” It is worth breaking these points down and looking at them in a little more detail.

Gambling as a source or support to crime has always been a problem – and has formed the plot line for more than a few Hollywood blockbusters over the years. Truth can often be stranger than fiction, and casinos have often been used as fronts by organized criminals involved in drugs, racketeering and other activities. For this reason, strong anti money laundering controls are absolutely vital, and the regulator checks these through a system of both self-assessment reports and random audits.

Fair and open practices speak for themselves, and ultimately protect both the customer and the betting platform. But it is those final aspects on Deputy Brown’s list that will really capture the attention of Senator Higgins and others. “Promoting safe and healthy gambling and combating problem gambling” are two separate but related tasks, and each will require a multi-prong approach.

Tools used by other regulators such as the UK Gambling Commission include restricting TV advertising to post-watershed hours, setting a minimum duration for each spin in slot games and establishing self-exclusion schemes whereby if a problem gambler asks to be excluded from one platform, that exclusion will automatically extend to others.

These are just a few of the mechanisms that Ireland’s new regulator will need to set about implementing, and other senators have been quick to weigh in with what they want to see achieved, such as a social fund to help those suffering from addiction. However, none of that can happen until the regulator itself has been established.