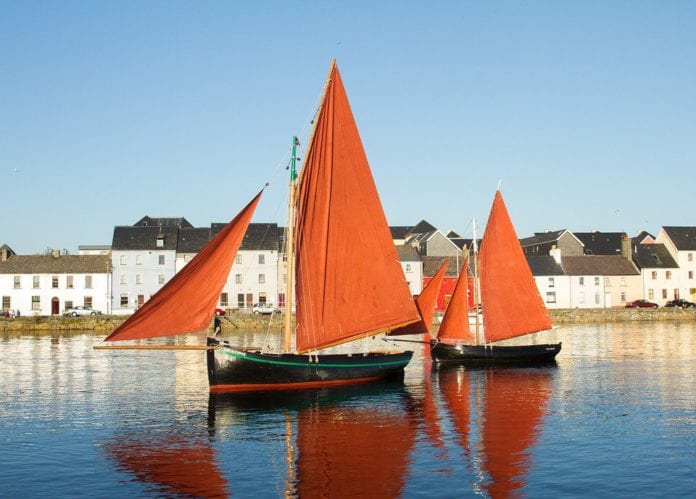 What’s on this weekend:

Woody Murphy will be showcasing songs from his upcoming album at the Secret Garden. He will be supported by Rachael Browne. Admission is free, all welcome!

John Conneely drives this inimitable collective of musicians through genres and styles from Django to Armstrong and Simone.

Mario Rosenstock will present his A Night With Mario show to raise funds for Galway’s heart and stroke charity Croí.

A Night With Mario takes place in The Galmont Hotel (formerly the Radisson Blu). Rosentock is giving this special performance as part of the new-look Croí Ball, which is the longest running charity ball in Galway city, and is now in its 33rd year.

Announcing details of the event, Croi’s Neil Johnson said “we are looking forward to a great night of fun and entertainment, followed by dancing to local band ‘The Bentley Boys’ and disco until late.”

Recent easterly winds have spread the accumulated trash somewhat, so CVG’s effort will concentrate on 500m along the left South shore.

Other groups participating will work back from Renville point pathway, beyond the sailing club, gathering stuff still there since storm Eleanor.

Sensible outdoor footwear and clothing is advised. Gloves and bags will be provided.

Galway Designers Network will be back in the fabulous Tribeton for the Spring/Summer 2018 Fashion Showcase, and will be showing some of Galway’s exceptionally talented clothing and accessory designers.

This time, there will also be an amazing performance by the Hottest Show in the West – TheDirty Circus – to entertain audiences during the interval!

Entry €3 (free for children under 16). Bring vegan food to share! All are welcome!

Two of Ireland’s finest songwriters and performers Luan Parle and Clive Barnes have for many years been gaining an international reputation as solo performers. For the past three years they have been performing together to sold out audiences across Ireland, US & Europe.

Now they’re coming to Galway for a much-anticipated performance at the intimate Black Gate Cultural Centre on Francis Street.

There will be a wide range of raffle prizes up for grabs to raise further funds for Rosabel’s Rooms. Catwalk Models will also present a stunning selection of couture millinery by talented Galway milliners for guests to enjoy. MC on the day will be Clare McKenna of TV3’s Ireland AM.

Rosabel’s Rooms was set up in January by Gary Monroe and Suzanne McClean in collaboration with The Irish Hospice Foundation, following the sudden and unexplained death of their beautiful daughter Rosabel, aged sixteen months.

This fundraiser will help provide dedicated family-focused bereavement suites in hospitals around Ireland, as well as facilitate therapeutic support for individuals impacted by child loss, and direct financial support to families, when a child dies in Ireland.

All proceeds from the event will go to Rosabel’s Rooms. For more information contact the g Hotel on smeade@theg.ie or call 091 778467.