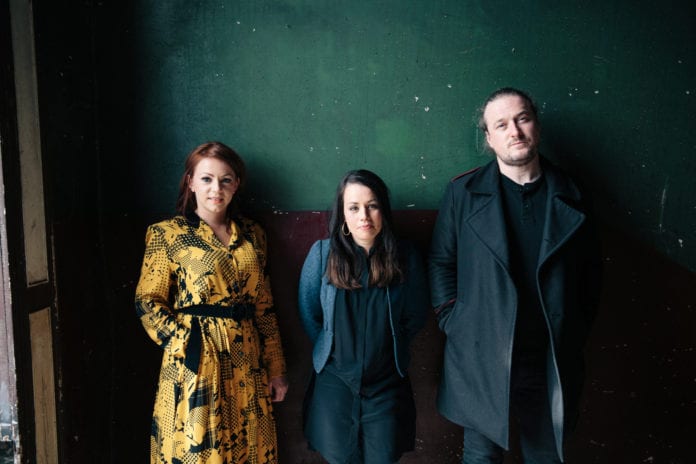 After a sold-out nationwide tour, Galway band The Whileaways will return home for their final gig of the year at The Black Box on Friday 21 December.

The hometown gig will round off a major year for the Headford-based trio and promises to be a very special night.

To kickstart the holidays, The Whileaways will transform the Black Box to bring the warmth and intimacy of their unique live show to one of Galway’s biggest venues.

Since joining forces almost six years ago, this unique trio of songwriters – Noelie McDonnell, Noriana Kennedy and Nicola Joyce – has gone from strength to strength. Their third album From What We’re Made was described by Hot Press as ‘their most impressive yet….laden with absolutely stunning melodies and harmonies’.

It was released in July this year, with two sold-out shows at their local Campell’s Tavern.

Full houses continued around the country and the tour was extended into the autumn months, finishing at Vicar Street for the RTÉ Folk Awards, where they were nominated for Best Group and Best Album.

Tickets are on sale now at €22/€20 and are available from the Town Hall Theatre on www.tht.ie and Monaghan’s Centra in Headford.