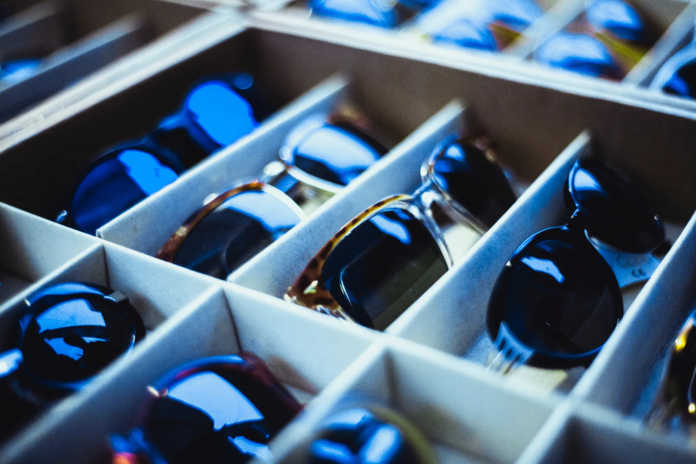 A woman convicted of stealing €1,252 worth of sunglasses received a four month suspended sentence at Galway District Court.

Samantha Murphy (38), with an address at Beechdale Lower, Ballycullen, Dublin was convicted of a single count of theft from Brown Thomas in Galway City that dates back to 2016.

She first pleaded not guilty to the charge in January of 2017, but the case was subject to multiple delays and adjournments after that date.

The court heard that on August 1 of 2016, Murphy stole four pairs of designer sunglasses from David Cullen Sunglasses Hut in Brown Thomas, which had a total value of €1,252.

John Gorman, the manager of the store, said that he got a call from a store associate while he was on lunch that day stating that there was a pair of sunglasses missing.

On returning to the store he carried out an inventory check, and found that a total of four pairs were missing. Gardaí were called, and CCTV footage was viewed, which he said showed two people, a man and a woman, interacting with the stand when the sunglasses went missing.

The theft occurred when there were no staff on the floor, because the store associate was in the bathroom.

Garda Clare Burke said that on the day in question she was om beat patrol when she flagged down by a staff member at Brown Thomas who said there had been a theft.

A store assistant told her that two pairs of sunglasses were missing, and she was later informed by the manager that four pairs had been taken.

After viewing CCTV Garda Burke was “confident from the footage I viewed” that Murphy was involved in the theft.

Later, on Shop Street she spotted a couple that matched the description of those seen on the CCTV footage. After a brief period of questioning where Murphy said they had come down from Dublin for the day, and that they had been in Brown Thomas but hadn’t bought anything, Garda Burke arrested Murphy.

A security guard who was employed at Brown Thomas at the time, Martin Henry, also gave evidence to Galway District Court that when he came in to work the following day, he was informed by a colleague about what had happened.

After being informed about the theft, and that a suspect had been identified, and an arrest made, he viewed the security camera footage from the day before.

It showed a woman approaching the sunglasses department, picking up several pairs, and appearing to conceal them, he said.

Footage from other cameras in Brown Thomas showed the woman going to the jeans section, and appearing to place her hand in the pocket of a pair of jeans, and also reaching into the shorts and t-shirts section.

He said that he went to those areas of the store, and found two pairs of the unique tags used for the sunglasses at each area.

The footage showing the woman was downloaded and played for the court. However, solicitor for the accused Sean Acton said he had effectively “edited” the footage by doing so.

This incident covered roughly an hour, and Mr Acton said that all of the relevant footage from that period should have been taken from the cameras covering these sections of the store.

All of the stolen sunglasses have been recovered, the court heard, but are now over four years old. Judge Fahy jokingly remarked that they’re “so last season” now.

Judge Fahy imposed a four month prison sentence, and suspended it for one year on the condition that Murphy be of good behaviour and stay away from Galway City and County.

Murphy was also caught for witness expenses, as the two men had been in court on multiple occasions.

Judge Fahy awarded €100 to Mr German, and €500 to Mr Henry for time off work. But as it would have taken several months to pay this, Judge Fahy asked if it would be acceptable for the €500 bail bond to be paid directly to them now, and they accepted.

Recognisance was fixed at €800, with half to be lodged, in the event of an appeal.