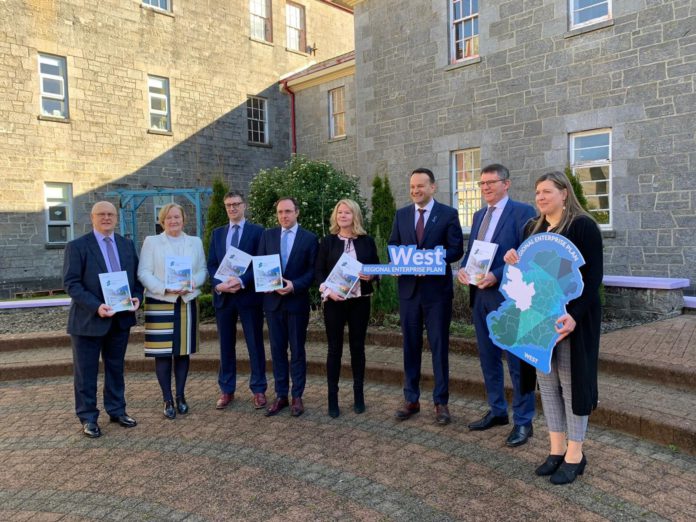 An Enterprise Plan directing €18.9 million towards projects that will support job creation in Galway, Mayo, and Roscommon has been published this week.

There have been a total of nine projects approved for funding in the West Regional Enterprise plan, which aim to support important and emerging sectors in the area.

The government has developed 9 Regional Enterprise Plans directing how up to €180 million in regional investment funds will be spent creating new jobs and helping companies grow.

The plan for Galway, Mayo, and Roscommon was launched by Tánaiste and Minister for Enterprise, Trade and Employment Leo Varadkar this week.

“The government is committed to balanced regional development, meaning we are constantly looking at ways to bring jobs and prosperity to every part of the country,” Leo Varadkar said.

“We’ve developed 9, region-specific plans, which will each look at how best to drive investment and create long-term, sustainable jobs in each of the areas they cover.”

He said that the plan for Galway examines strengthening existing sectors such as Life Sciences, AgTech and Food, as well as the cultural and creative sectors.

It will also look at how to realise the potential of new and emerging industries such as renewable energy.

“I believe the West has the potential to become a renewable energy powerhouse, fulfilling Ireland’s electricity needs and also some of Europe’s too,” the Tánaiste said.

The plans were developed by a steering committee chaired by a senior member of the private sector, and with representative of multiple state agencies, colleges, and others.

Evelyn O’Toole, Chair of the West Regional Steering Committee said that it resulted from “deep and engaged” consultation across the region.

“I am very proud of the finished product which is ambitious and inclusive of the variety of strengthens of the West.”

The West Regional Enterprise Plan to 2024 can be view online here.

The nine projects allocated €18.9 million in funding across the three counties are: