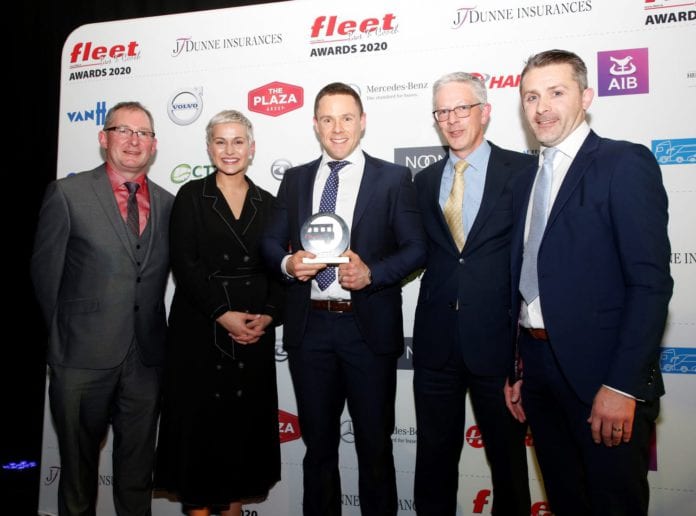 Galway’s GoBus has picked up a prestigious transport award, winning Coach Operator of the year 2020 – Intercity at the recent Fleet Bus & Coach Awards.

GoBus, which is celebrating its tenth birthday this year, is locally owned by Corofin native Jim Burke, along with his sons Dara, the company’s Transport Manager, and Donal, the Fleet Engineer.

The Galway city based company provides non-stop services between Galway, Dublin City, and Dublin Airport. As well as another route between Cork, Dublin, and the Airport.

Jim Burke said that they are thrilled to won this accolade, adding “The entire GoBus.ie team work extremely hard on making sure our passengers have the most comfortable and convenient trip possible.

“We update our fleet every year so when travelling GoBus.ie, a passenger can be assured of every modern convenience whether they want to work or relax while on board.”

The Fleet Bus & Coach Awards take place every two years and is organised by Fleet Publications, the largest publisher of transport-orientated magazines in Ireland.

This year, the awards were held in the 4 Star Johnstown Estate in Enfield, Co. Meath with the key decision makers of Irish Passenger Transport Industry in attendance.