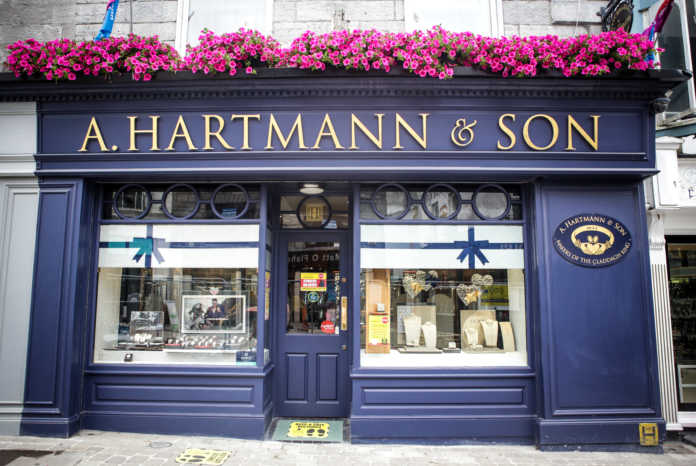 Hartmanns of Galway has been named one of the Top 100 independent jewellers in all of the UK and Ireland.

Retail Jeweller magazine named Hartmanns in the 2020 edition of its Inspiring Independents guide for independent jewellery and and watch stores.

“Shopping and supporting local independent businesses is now key to our recovery and survival,” said Richard Hartmann, adding “Getting this recognition for our store and staff especially right now is a real boost.”

Under current Level 5 lockdown restrictions, Hartmanns regular store is closed, and they are operating solely through their online store until December 1.

The jewellers store moved from its original home in Eyre Square to Mainguard Street in 1950, and then again to its current premises at William Street in 1979.

“We are in the business of people and getting to know our customers and sharing with them very special moments in choosing a significant piece of jewellery.”

“In making the Retail Jeweller’s Inspiring Independent list, it showcases again our love for what we do and is encouraging us all to hopefully get back in store when we can again.” said Richard Hartmann.”