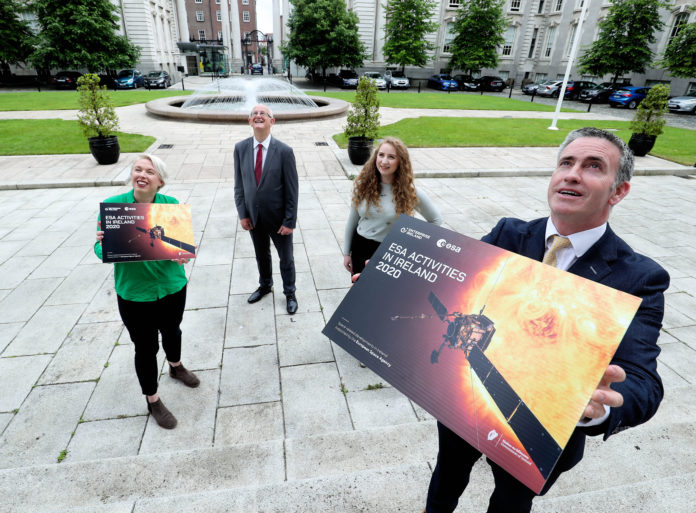 Two Galway companies were among the recipients of €11.5 million in contracts awarded by the European Space Agency to tech businesses in Ireland in 2020.

The ESA awarded contracts to a record 28 Irish companies last year, of which 13 were doing their first ever work with the space agency.

Photonics company Mbryonics won three separate contracts with the ESA last year, as they help develop the next generation of satellite solutions for telecommunications, earth observation, positioning systems, and more.

These all-optical satellite solutions, which need to be small in size, weight, power consumption, and cost, are crucial for developing networks such as 5G, satellite broadband, as well as optical relays to the ground.

With the funding from their ESA contracts, Mbryonics, which is based in the Westside of Galway City, was able to hire nine new engineers.

Minister of State Damien English said “Irish industry is successfully developing an increasing presence in the international space sector. Ireland’s membership of the ESA is at the root of this and is very much a springboard for innovation and development of advanced technologies.

He said that there are incredible opportunities for enterprises to use “satellite derived data” in supporting policy making decision and global challenges in areas such as climate change and more.

It wasn’t private businesses in Ireland that benefitted from European Space Agency funding last year, as €15 million in contracts were also awarded to ten Irish universities and research institutes.

NUI Galway was among the recipients of this, such as in AIREO project being carried out in partnership with UCD. This aims to investigate the potential application of AI in assessing Earth Observation data captured by satellites.

Other research contracts awarded to NUIG in 2020 include the study of ‘Fine-structure of laser radiation in the far-field‘, and ‘Metrology for optical free-form surfaces‘, the latter of which is also a partnership with Mbryonics.

Tom Kelly of Enterprise Ireland said that there has been a “substantial increase” in the scope of Ireland’s involvement in space related enterprise in recent years.

There are now more than 80 private companies, and a growing number of institutional research teams involved in projects backed by the ESA and Enterprise Ireland.