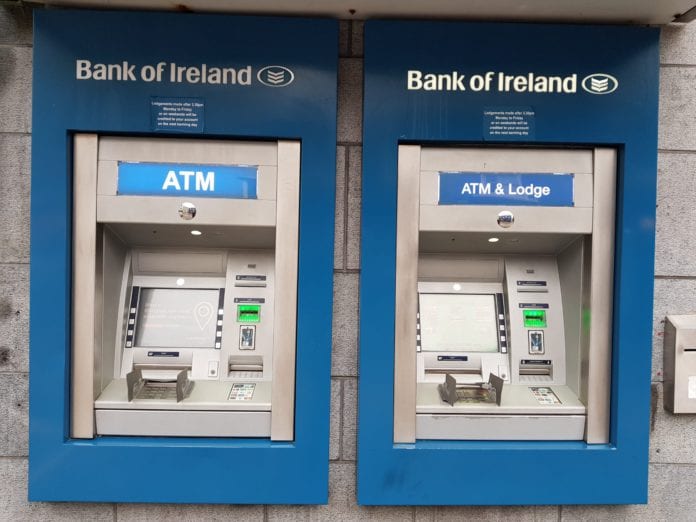 Fears have been raised that ATM fees could increase drastically under plans by Ireland’s two largest banks to sell of huge numbers of machines to private operators.

Bank of Ireland and AIB are planning to sell of over 1,000 ATM machines between them, with Galway-Roscommon TD Michael Fitzmaurice saying that they are turning their backs on rural Ireland.

BOI is seeking to sell off 700 machines that it owns, while AIB are looking for a buyer for a further 375 ATMs it has been reported.

“These ATMs represent around a quarter of those in the entire country,” Michael Fitzmaurice said, “For the most part, they are located in shops and other retail outlets dotted around the country.”

“If the two major banks sell off these ATMs, what is to stop private operators from drastically increasing fees to take out money – on top of the normal bank charges?”

The Independent TD warned that such fees can easily add up to significant amounts, especially for people on a low income.

There are also fears that rural areas will be worst affected, as independent operators could simply remove ATM machines altogether at locations where they are least profitable.

This could have a dire knock on affect on the business of shops, post offices, pubs and other places where such machines are found Michael Fitzmaurice said.

“If you call into a shop or a filling station to take some cash out, it’s likely that you will buy something on the way out. Without that service there, you may be forced to move on to a bigger town to get to an ATM.”

“That passing trade may be keeping some of these shops open and if their footfall is affected if their ATM is taken away, they could close completely.”

Both banks have said that they will continue to maintain their ATMs in bank branches. Private operator Euronet is rumoured to one of the chief bidders for Bank of Ireland’s portfolio.

The Central Bank has also said that it does not regulate the pricing of independent ATM operators, which has further stoked concerns.