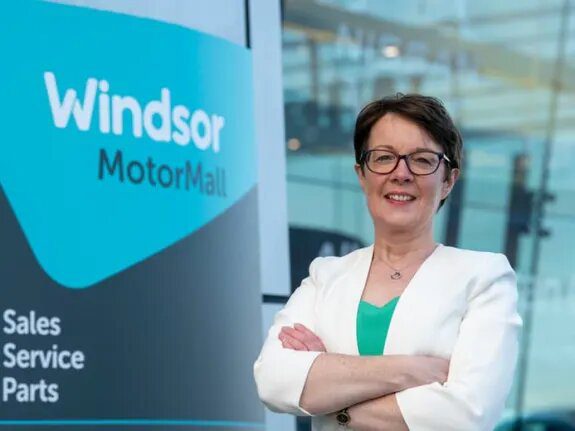 The motor dealer Windsor has invested more than €10 million in opening a new MotorHall on the east side of the city.

The 120,000sqft MotorHall on the Monivea Road, the first the company has opened outside of Dublin, has seen 15 new jobs created for the area.

Like its Dublin counterparts, it will give car buyers the opportunity to choose from multiple brands under the one roof.

Jacinta Kilduff, General Manager of the new facility after a 25 year career with Windsor, said that it is a very exciting time for the company.

“We are a long-established business in Galway and our expansion is great news for the city and wider region, providing local car buyers and owners with extensive choice, service and convenience at one highly accessible location”.

“We have the largest selection of new and certified approved used cars anywhere in the region.”

“Our focus is on providing motorists in Galway and surrounding counties with great choice and great brands under one roof.”

Speaking about Windsor’s expansion and the roll out of its MotorMall concept, Peter Nicholson, the company’s overall General Manager, said that they plan to open them across Ireland.

“We are delighted to open our second MotorMall and to expand our presence in Galway,” he said.

“Nothing like this exists in the region and it enables Windsor to deliver an exceptional level of sales and AfterCare service to new and existing customers”.

There are six brands to be found at the MotorHall, including used cars: Nissan, Renault, Dacia, Citroen, Mazda and Windsor Certified used cars.

Along with new and used cars, it also offers a range of new and used light commercial vehicles (LCV), which can be custom fitted out for businesses.