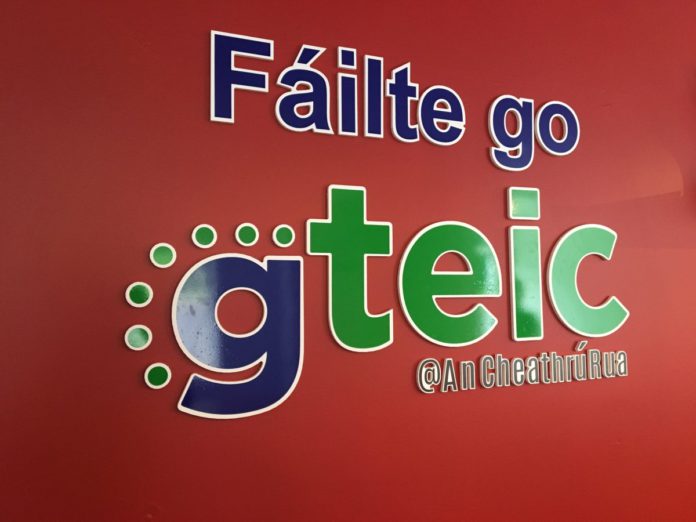 A digital hub supporting entrepreneurs and small businesses in An Cheathrú Rua will double in size under capital funding announced today.

Údarás na Gaeltachta has approved €66,000 in capital funding for the gteic Digital and Innovation hub at An Cheathrú Rua Business Park.

The funding will be used to deliver a 385sqm extension to the hub in the coming year, creating four new offices with 10 desk spaces for entrepreneurs, small businesses, and concept developers.

In the new age of remote working, it can also provide and opportunity for people working from out of the office to set up in gteic, or provide larger companies with an opportunity to establish a satellite site or a second location for their businesses.

“The benefits of the gteic network are evident in the demand for workspaces, which is a very positive development for the Gaeltacht.”

Welcoming the announcement, Seán Ó Domhnaill, Manager, Comharchumann Mhic Dara said “We heartily welcome Údarás na Gaeltachta’s announcement that this facility, which has carved a niche for itself at the core of working life in An Cheathrú Rua, is to be extended.”

gteic@An Cheathrú Rua was opened in 2018 and is being managed by Comharchumann Mhic Dara on behalf of Údarás na Gaeltachta.

At present the gteic is almost at capacity and there is a need for further office spaces to seize the opportunities and change in practices which arose during COVID-19.

This expansion was one of the main enterprise recommendations in the new Action Plan for An Cheathrú Rua launched last week.

Seán Ó Domhnaill added that moving ahead with it is a “strong and significant” move for the community, which will provide great opportunities for An Cheathrú Rua.