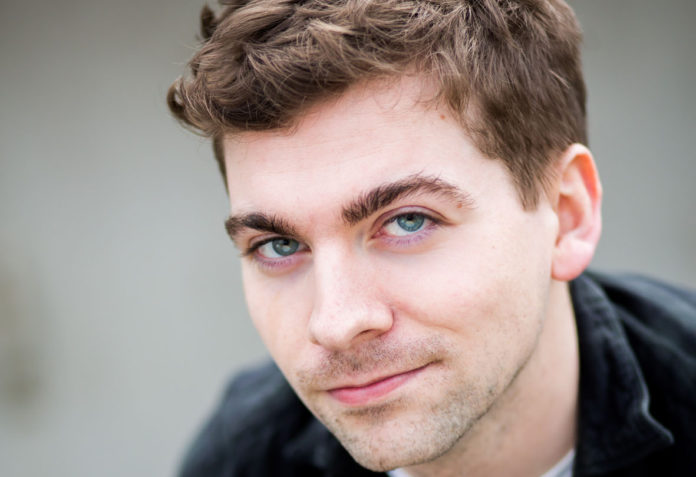 The Gradam Joe Steve inspires Irish playwrights to write new short radio plays in Irish and to promote the wonder and magic of storytelling on radio.

Eoin’s winning play is based on a difficult relationship between a father and son, and also brings in elements of folklore about seals and their connection to the Ó Conghaile family.

From Coill Rua Thoir in Indreabhán in Connemara, Eoin has a lot of experience acting on on stage and on screen over the last ten years, working in both Irish and English, including a part in the TG4 soap Ros na Rún.

He has written and produced plays with Fíbín, An Taibhdhearc, Mumbro Top, Fizz and Chips Theatre Company and High Rock Productions.

Philip Doherty, Artistic Director with Fíbín, said that Rún is an honest, heartfelt story about a fractured father and son relationship, and their allegorical journey towards healing across a stormy ocean, and ultimate redemption.

“It is a highly original radio play, with an otherworldly spirit, textured soundscape, and multiple layers of meaning, pushing the medium of radio drama to its limits,” he said.

“Dealing with themes of death, mythology, family trauma, guilt and magic, Eoin displays a deft talent for language, and a black-comic-wit, while at the heart of it, the gift to write a powerful story.“

Seán Ó hÉanaigh, Head of Programmes at RTÉ Raidió na Gaeltachta, said that the station was delighted to be working with Fíbín on this project, a fitting tribute to acclaimed playwright and actor Joe Steve Ó Neachtain, for whom the award is named, who always made a point to encourage young talent.

Eoin will receive €500 for his award, and the two runners up will also receive €200, Seán Ó Dubhchon from Machaire Rabhartaigh in Donegal, and Susanne Colleary from Sligo.

The winning radio play, and the two runners up, will be broadcast on Easter Monday at 9.15 am on RTÉ Raidió na Gaeltachta.