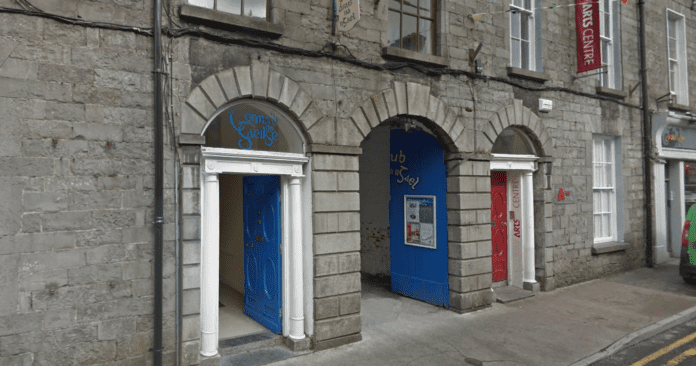 A meeting to mark the centenary of the Galway Soviet of May 1922 will be held next Monday, 9 May at 7pm in Áras na nGael in Galway city.

The event marking the 100th anniversary of the Galway Soviet and will see NUI Galway historian Dr John Cunningham describe the events of the week, and consider them in the context of wider developments in Ireland during 1922.

The meeting will be chaired by People Before Profit Galway representative Adrian Curran.

He explained that in May 1922, in the context of an acute housing crisis, the Galway Town Tenants’ League embarked on a series of protests that were reported in the local press under the heading ‘The Soviet at Galway’.

He said that the objective of the protests was to put pressure on the Provisional Government and on the Urban Council to build more local authority houses and to place a moratorium on evictions.

“In the course of the week, the Tenants’ League removed the statue of Lord Dunkellin from the Square on the grounds that it was a symbol of landlordism, occupied the council chamber in the Town Hall, held elections for a Workers’ Council and magistrates, and placed homeless families in a number of vacant properties,” said Mr Curran.

“It all took place in an atmosphere of great excitement, sustained by radical speeches at many outdoor public meetings and by rousing performances from marching bands.”

The PBP rep said that the Galway episode was one of dozens of Soviets declared by trade unions and community organisations in the period between the Treaty and the Civil War.

“Those involved were concerned that the revolution was not bringing about a transformation in social relations, that the position of the working class people would be no better under the Free State than it was under the British. All are invited to this meeting to hear more on these important events.”