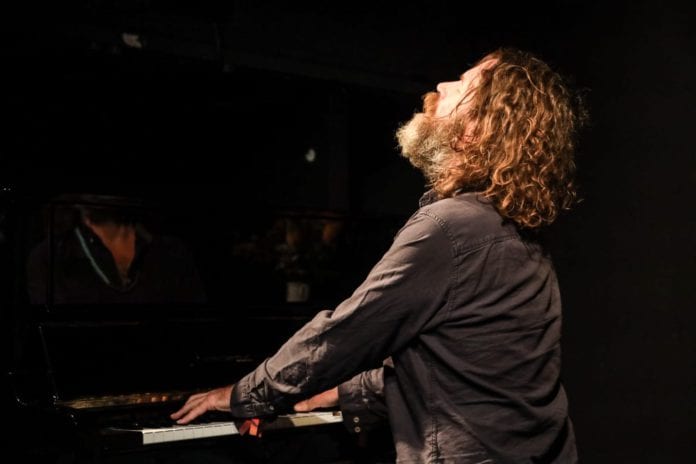 The most westerly arts centre in Europe is playing a huge part in keeping people connected throughout the coronavirus lockdown, even at a time when people are prevented from travelling to Ireland’s offshore islands.

Áras Éanna, situated on the smallest of the three Aran Islands, has captured the imagination of the public with a series of weekly live performances which have allowed the people of Inis Oír to keep connected to artists and performers on the mainland.

Since April 9, the Áras Éanna Beo gigs on the arts centre’s Facebook page have attracted more than 60,000 online visitors and provided a much-needed revenue stream for artists and musicians who have been unable to perform live.

The weekly Thursday night sessions on Facebook have featured a wide variety of
performers, some island residents and artists who were due to visit Inis Oirr, building up a loyal following.

The weekly gigs started with a session by Inis Oirr resident Micheal O hAlmhain, playing the flute and tin whistle from his island home. They have really taken off since then.

“I had to leave the island in mid-March and I had to start working from home. I had to start cancelling our summer activities and decide what we were going to do,” says Aras Eanna Artistic Director Dara McGee, who has been delighted by the popularity of the online shows.

“We are really getting the numbers up. We have an average of about 400 people watching the show live every Thursday evening, but we get up to 7,000 views over the following week. 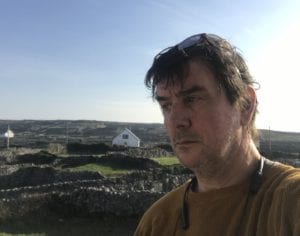 Performers are delighted that Dara is able to pay them a modest fee at a time when so many events have been cancelled and Dara has been delighted to feature acts, such as The Whileaways, who were due to play live at Aras Eanna during the lockdown.

As well as O hAlmhian, the Aras Eanna Beo sessions on Facebook have given platforms to Inis Oirr residents Pat Quinn, who once wrote a song for Christy Moore; Lasairfhiona Ni Chaonala, a world-renown Sean Nos singer; and Daithi O Brioin, a ballad and folk singer.

Dara himself has put on a live visual art show which was watched by 7,000 people and a concert by accordion player Benny McCarthy (Danu) attracted 10,000 views. Des Dillon put on a wonderful puppet show from his home and singers have included Liam O Maonlai and Ruth Dillon.

The live shows normally take place on the arts centre’s Facebook page on Thursdays at 9pm.

Although a couple of children’s shows have taken place at 7pm. Dara provides the performers with an Aras Eanna backdrop and co-ordinates with them in order to enhance the sound and visuals for the weekly shows. 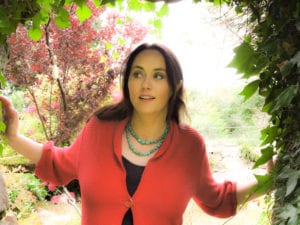 “The online thing has become really huge for us, because the building is physically closed. We are actually reaching a bigger audience than if we were open, but there is nothing to beat an actual live performance, sitting in your seat, and witnessing a gig or a play or a reading live.

“As a set designer, I even talk to the artists about what’s behind them.

“Of course, we can’t wait to get back to real life performances in our 75 seat theatre on the island. But we are actually very proud that we have had 60,000 views of our gigs since this pandemic started. I think that’s excellent.

“It would take us ten years for us to sell that many tickets for shows in Aras Eanna!”