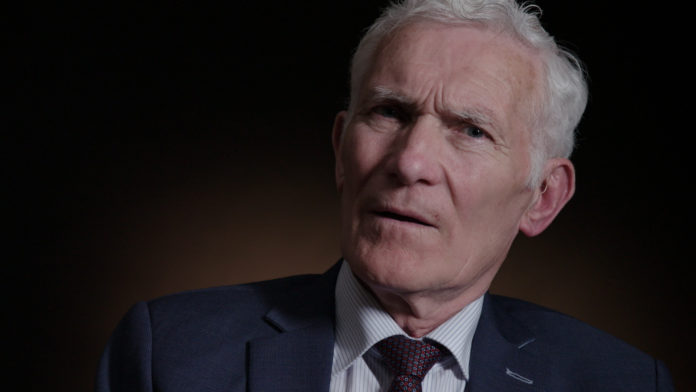 A TG4 documentary will feature Galwegian Peter Mulryan who was sent to the Tuam Mother and Baby Home just after being born.

Peter was born in the Regional Hospital in Galway in 1944, and six days later he was sent to the Mother and Baby Home.

When he was due to marry, he became curious about his birth mother and his curiosity led him on a journey from the Home in Tuam to the Magdalene laundries in Galway.

Peter found his mother to be hopelessly institutionalised there, but he managed to form a relationship with her before she died. It wasn’t until he met the local historian Catherine Corless in Tuam that he discovered that he may have a sister who was born in the Home in Tuam.

Filmed over 12 months by Galway’s Tua Films and presented by RTÉ’s courts correspondent, Orla O’Donnell, Finné shines a light into the darkest corners of Irish society.

Through riveting first person testimony, the jaw-dropping documentary series recounts intimate stories of triumphs and traumas, of Davids and Goliaths, of dogged resilience and human frailties.

This documentary was first broadcast in 2018 and will be on TG4 on Wednesday at 9.30pm.