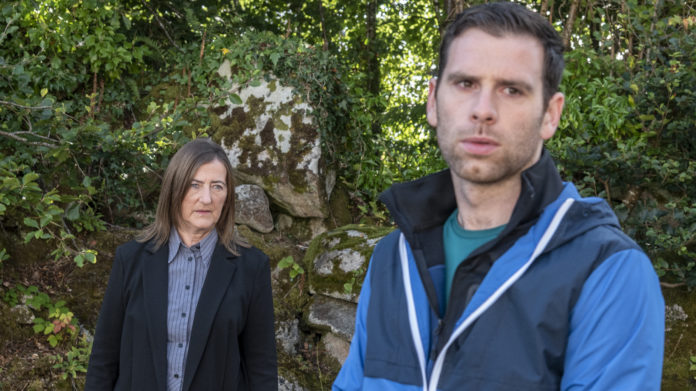 Briain and Sorcha talk to the Gardaí, Tadhg schemes to get his mattress back, and Caitríona keeps sniffing around Colm’s secrets on Ros na Rún.

Briain and Sorcha are very much looking out for themselves, as Briain goes to give a statement to the Gardaí about Jude’s accident.

Sorcha follows not far behind him to tell O’Shea her own version of events. But just which of them, if either, is telling the truth.

Tadhg discovers that Coílí Jackie has his mattress and concocts a plan to get it back. Noreen may come to regret her part in the scheme.

Mack and Sonia go on a date to a fancy restaurant, but Dee is still holding out hope that they may have a chance together.

Colm’s visit to the grave has heightened his emotions, and he obsesses over any little symptom his son might have afterwards.

Caitríona is like a dog with a bone, desperate to uncover what Colm is concealing  from her. Will her budding friendship with Charlie lead to some answers?

Catch up on all the latest from Ros na Rún this week on TG4 in a double feature omnibus at 7:30pm on Sunday.