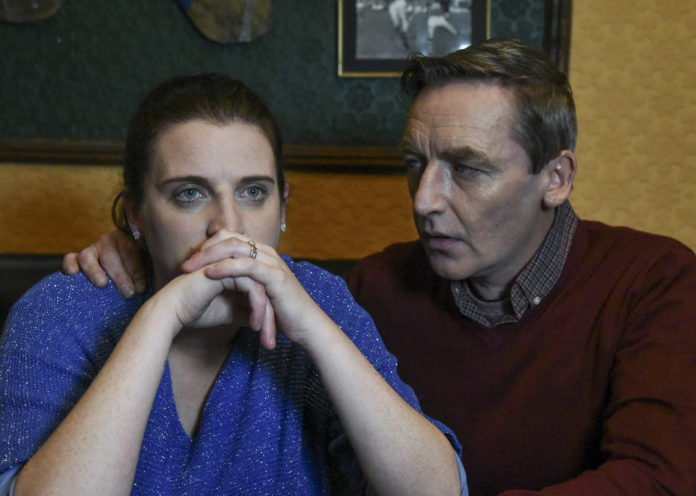 Someone’s been arrested for murder, Pádraig and Dan spot a hidden hand in their relationship troubles, and Vince’s guilt turns to bitterness in Ros na Rún.

Colm hears they have arrested somebody for Frances murder, and panics thinking it may be Mo.

He’s relieved to learn that’s not the case. But it begs the question, just who do Gardaí think the guilty person is?

Pádraig fears Dan may have changed his mind about rekindling their relationship, and is desperate to put things right with him.

While trying to reconcile, they come to realise that someone else was playing them against one another in an attempt to scuttle their relationship.

Vince feels guilty about the way things fell out with Caitríona, and the pain that he caused her.

But all of that changes when he hears her talking about relationships on the radio. Just what did Caitríona say that got under his skin?

Áine discovers Sally has stayed with Peatsaí, while Tadhg was away. Will she keep schtum or hang Peatsaí out to dry?

If you want to find out who’s been put in handcuffs, keep up with Ros na Rún on TG4 on Tuesdays and Thursdays at 8:30pm, with a catch-up double feature on Sundays.