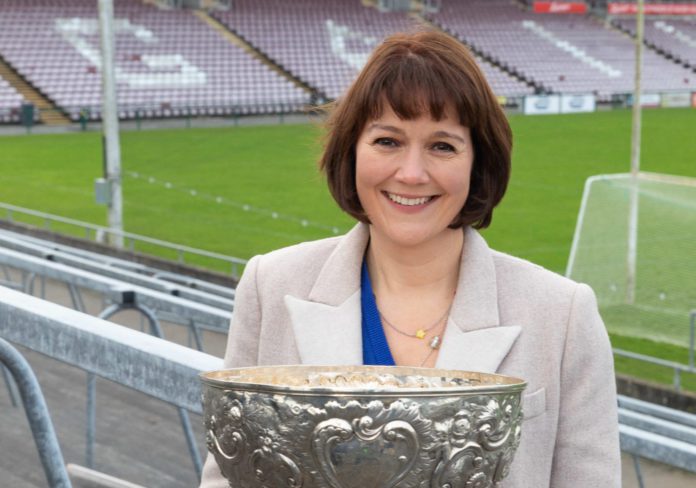 A TG4 series on GAA clubs and their trophies will turn its focus to Galway next Wednesday, 12 October.

In the fifth episode in the series, Gráinne travels to her adopted home county of Galway to learn about one of the oldest trophies in Ireland, The Odlums Irish Purity Cup.

She visits a local handball club that teams up with Gael Linn for a very special tournament and meets the family of young footballer Pia McDermott Geraghty who continues to be remembered in silverware.

Conal Murphy discusses a trophy in memory of his brother Lieutenant Aonghus Ó Murchú who was killed while on duty in Lebanon in 1986.