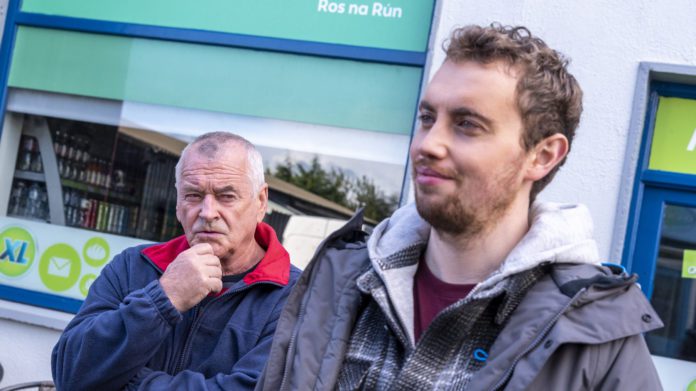 John Joe has to tell his son that he shot him, Caitríona finds a family connection in old bones, and Sonny is feeling the pressure in Ros na Rún.

John Joe is in a bit of an awkward position. I mean, how does he tell his son that he shot him.

For Sonny, feeling the pressure from all sides, this is an added complication. Will he turn John Joe in for what he did on his site?

Caitríona is curious about what happened to the remains found on Sonny’s site, and finds a family connection when she looks into the matter.

But uncovering the truth of the past here, will only lead Caitríona to another secret.

Greg is keen to go out with Michelle until Sorcha has a word in his ear.

Catch up on all the latest drama and intrigue in Ros na Rún in a double feature omnibus on TG4 this New Year’s Day.