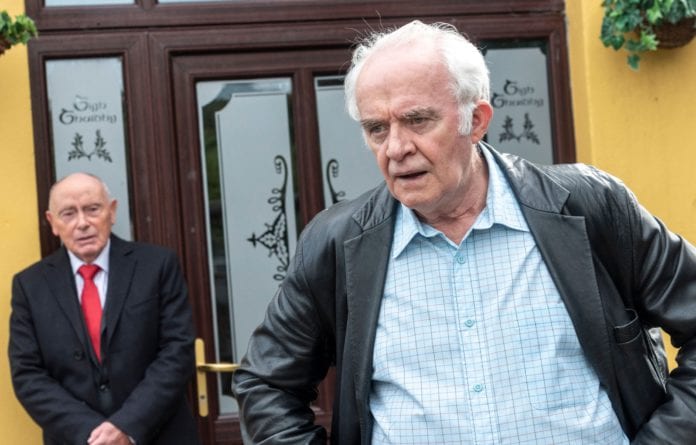 Tadhg blows up at Malachi at Frances’ wake, Caitríona can’t seem to get away from her worst impulses, and Bobbi Lee makes some bold moves on Ros na Rún

Malachaí, throughout the day, rubs Tadhg up the wrong way. Tadhg having managed to keep his temper in check, loses it with Malachaí, in front of everyone at Frances wake. What did Malachai say to ignite such a reaction?

Ferdia is only too happy to be at Noreen’s side today. John Joe notices this and makes himself scarce. Noreen, after a long day preparing food/tea for the wake, is too tired to return to the B&B she is staying in. Will Ferdia persuade her to come back to his house?

Vince insists Caitríona attend her counseling session today, but Caitríona is reluctant to go, believing she doesn’t have a problem. Will she attend the session or lie to Vince?

It’s Bobbi Lee’s first day as manager, and she is keen to impress. Hoping to lure in new customers she quickly cuts Briain’s healthy food options from the menu. Will her hubris draw the wrath of Berni?

All of this and more on Ros na Rún at 8:30pm this evening on TG4, with more drama to follow these developments again on Thursday.

Or catch up on all the weekly goings on from the premiere Irish Language soap opera with a double feature omnibus on Sundays.