Ros na Rún returns to our screens for its Silver Jubilee 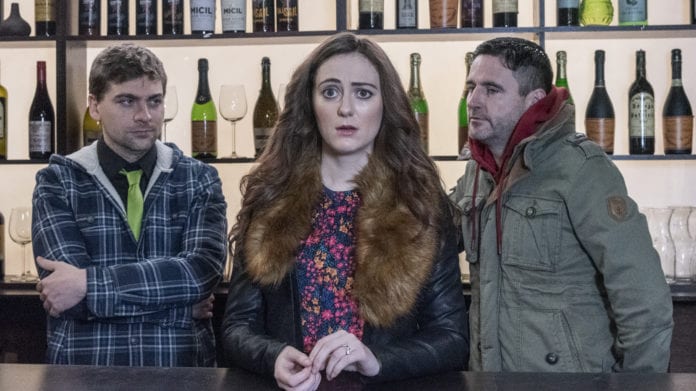 TG4’s Ros na Rún is returning to our screens this week, celebrating its Silver Jubilee with a major milestone of 25 seasons on the air.

As the only rural based Irish language drama series on Irish TV, Ros na Rún’s loyal audience will delight in another explosive season of gripping storylines set to the beat of rural Connemara.

Andy has just gotten away with murder and is free to roam the village, but while he has a wry smile on his face, there are many in the village quaking in their shoes that he’s free, not least of all Frances.

Malachaí is ready to propose to Frances, but in her fear of Andy she is more inclined towards the safety and protection of her ex-husband Tadhg.

The Daly household is still fraught with anxiety, manipulation, and fear as Mack is concerned about  his future with Dee, not to mention ensuring he has access to his daughter.

Fiach continues to try and out Dee and her gaslighting of Katy, but will either of them be able to outwit her.

Entertainment, intrigue, distraction, diversion, comedy and serious storylines of life in rural Ireland will continue to be the hallmarks of Ros na Rún’s highly talented script writers who’re renowned for creating many of Irish TV’s firsts in broadcast history.

Central to the success of Ros na Rún are its core of seasoned actors, five of whom have been with the show since the beginning, whose characters at the forefront of many storylines.

Caitríona found herself in desperate straits last season, and the pressure doesn’t look likely to let up.

How long can she camouflage her lies and money issues, and who is she willing to bring down with her to save her own face?

Season 25 will see its leading characters continue to thrive while audiences will be shocked at some surprise deaths in the village, while some new faces will also be making themselves known.

Deceit, lies and manipulation will be par for the course in the fictional Gaeltacht village, as well as love, romance and plenty of belly aching laughter too as characters Bobbi Lee, David and Tony keep life in the village in a colourful light.

She said this a “huge milestone” in independent television production history in Ireland, with over 160 people working together to turn out 82 episodes of drama reflecting life and society in rural Ireland.

“Our writers continue to empower the characters with exciting, controversial and fun storylines, and our actors continue to entertain our loyal audiences.

“It’s important for us in Ros na Rún that when audiences sit down to watch the series on TG4 that they’re captivated, but also get a good measure of weekly entertainment and season 25 certainly has all of this.”

Catch the first episodes of season 25 this Tuesday and Thursday on TG4 at 8:30pm, followed by an omnibus on Sunday evening at 7:30pm.

Tadhg blows up at Malachi at Frances' wake, Caitríona can't seem to get away from her worst impulses, and Bobbi Lee makes some bold...
Read more
TELEVISION

Death, deceit, and betrayal bring Ros na Rún to the attention of the Gardaí this week as some characters lives are torn apart, and...
Read more
TELEVISION