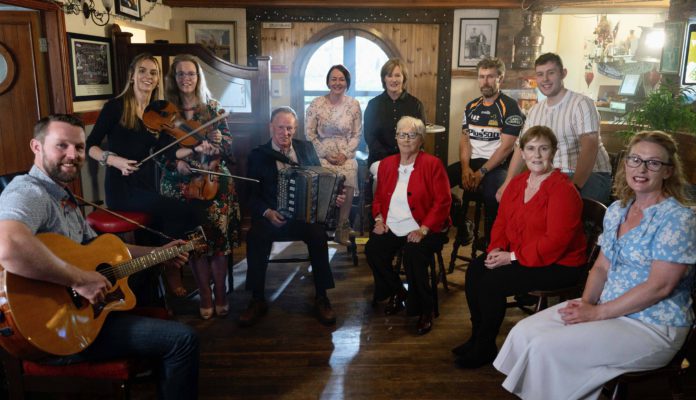 The musical traditions of Connemara, passed down through generations, will be on fine display in a new series of TG4’s Ceol ón Chlann.

The fourth series starting this weekend explores six famous Irish musical families who have brought their music to the four corners of the world.

The series gives an insight into the musical journey that each family has taken and the influence of previous generations on their family’s musical heritage.

First up this Sunday are Muintir Uí Cheannabáin, natives of An Aird Thoir, Carna in an area known as Iorras Aithneach in the Conamara Gaeltacht, probably the richest area in Ireland for sean-nós songs and singers.

Their father was the well-known singer Michael Mháire an Ghabha and they inherited most of their songs from him and his mother before him, Máire Ghabha.

Caitríona Ní Cheannabháín was just 12 years old when she recorded her first song with her late dad.

He’d been asked by Cló-Iar Chonnachta to record an album, and all he wanted was for his daughter to join him in the experience.

Later, as a sean-nós singer of her own renown, Caitríona won the women’s competition in Oireachtas na Gaeilge three times.

She’s shared the stage with Daniel O’Donnell on his Opry series for TG4 as well as with Mick Flavin and Derek Ryan.

Pól Ó Ceannabháin, her brother, gained national recognition for his singing when he won the coveted men’s sean-nós singing competition at Oireachtas na Gaeilge in 2005 at the age of 19.

He went on to greater success after winning the most prestigious of all sean-nós competitions, Corn Uí Riada at Oireachtas na Gaeilge in 2012, and was also awarded TG4 Gradam Ceoil Singer of the Year in 2016.

He is a regular broadcaster who can turn his hand to acting and presenting with natural ease.

He has presented and appeared in films and TV shows such as, Cúl an Tí, Opry an Iúir, Abair Amhrán, Fonnadóirí na hAirde, Tobar an Cheoil, Song of Granite, Murder Mám Trasna and Opry an Iúir to mention but a few.

Each story is presented through rare footage from the archives of BBC, ITV, TG4 and RTÉ, and previously unseen private family footage.

Featuring musical performances and exclusive interviews with family members, contemporary musicians and well-known broadcasters offering unique perspectives throughout the series on the families.

“This documentary series offers a fresh insight into the heritage of these unique Irish families, their legacy and their continuing significance in modern Ireland’s musical tapestry,” said executive producer Feilimí O’Connor.

Catch Ceol ón Chlann this Sunday, September 25 on TG4 to hear the story of the Cheannabáin family.

Michael Malone - September 27, 2022 0
Gardaí are investigating all the circumstances of the discovery of a child with serious injuries this morning in Co. Clare. The girl was found at...