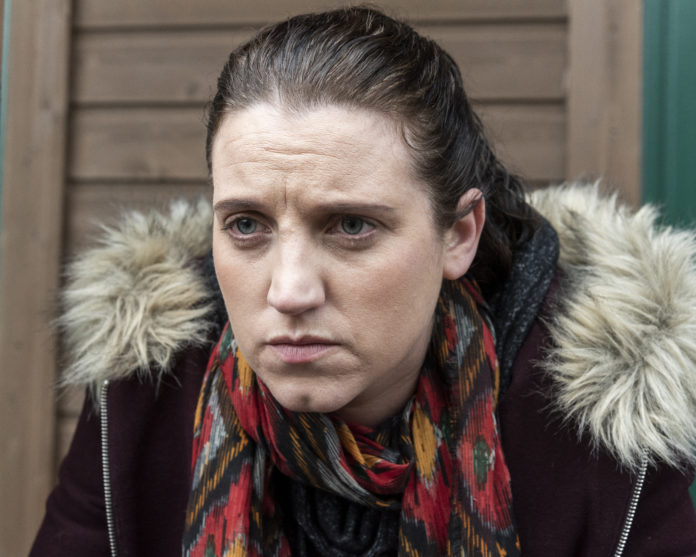 Mo is torn by immense guilt in Ros na Rún about the fact Berni and Bobbi Lee are bearing the brunt of what Andy allegedly did.

She knows, above anybody else, he had no involvement in Frances death, but just what is she going to do with that knowledge?

Pádraig and Dan have eyes only for each other, which Michelle and Sorcha soon pick up on, prompting a rash action from Pádraig.

Fearful that Sonia will find out, tells Sorcha that he and Dan are not together, and that Dan is not even gay. How will Dan react to this?

Briain and Berni are on a collision course, as he’s getting on her nerves, and Briain doesn’t like that she finds fault with everything he does.

Bobbi Lee thinks Berni should give him a chance. Is Berni coming to the end of her tether with Briain?

Caitríona is disgusted to hear Emma and Rory had an open relationship and wants to hear exactly what happened between her and Vince. Will Emma tell her?

Catch the latest drama in Ros na Rún tonight at 8:30pm on TG4, with more later in the week on Thursday, and a double feature catch up on Sunday.

Briain Kelly - July 29, 2021 0
An Bord Pleanála has refused planning permission for a housing estate on the outskirts of Galway City in Briarhill.Plans were brought before the higher...

Just over 10,000 remain on pandemic unemployment in Galway