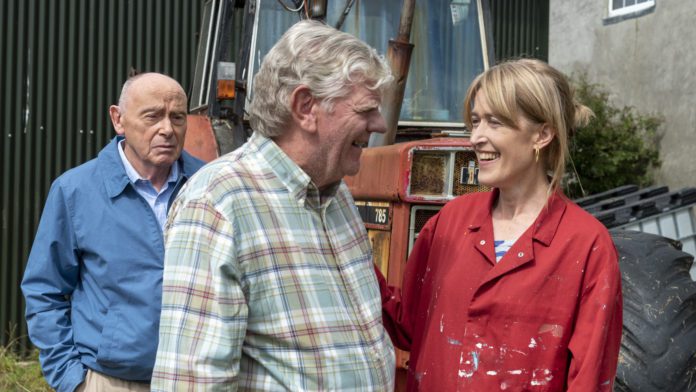 Malachaí flies into a rage on hearing that Sadie and Cóilí Jackie were once engaged, an destroys one of her paintings.

Caitríona is desperate to get rid of David, and will do all she can to drive him away.

Laoise, on a major spring-clean of the B&B, accidently discards Peadar’s old chair. Will she get it back before Máire realises what has happened?

Michelle, feeling bad for Greg, hands him a cheque to give to his Dad, but he’s feeling guilty at having already scammed money from her.

Niall, not wanting to spend the day with Bobbi Lee’s new friend Vivienne, lies about Liam Óg being sick. Will that backfire on him?

Evan is a match and could donate bone marrow to Andy. But the question isn’t if he can, but if he will.

Catch up on all the latest in Ros na Rún in a double feature omnibus on TG4 this Sunday.