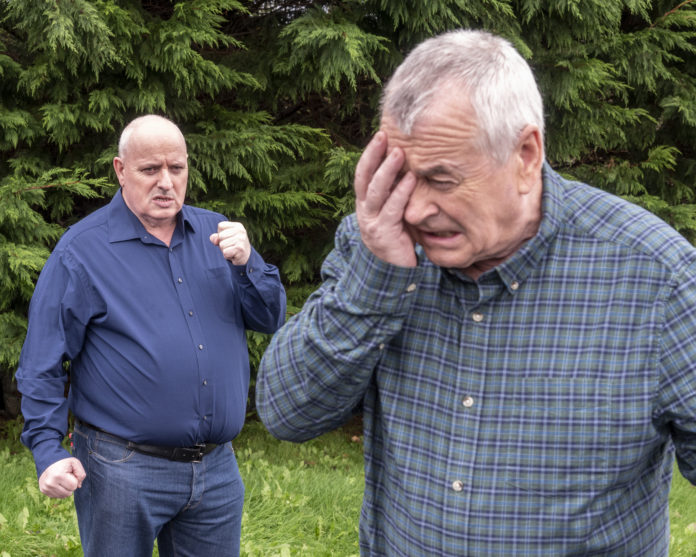 Sorcha has second thoughts about getting all the land from Cóilí Jackie, and John Joe tries to allay suspicions of an affair in Ros na Rún.

John Joe is being hammered from multiple sides, as both Micheál and O’Shea believe he is having an affair with Laoise.

He tries to convince them both that there’s nothing going on, but just how long can this last?

Malachaí is keen to get the land Cóilí Jackie possesses signed over to Sadie and  Sorcha, as quickly as possible.

But Sorcha feels bad for bad for Cóilí Jackie and tries to get Sadie on board to reach a compromise with him over the land. Will this blow up in her face?

Berni is acutely aware that she will soon be visibly pregnant, and wants to hide the fact that Briain is the father. Just what is her plan to achieve this?

Rónán’s writing skills, or lack of them, is impacting on his work. Faced with losing his job, will he be able to face up to the fact that he has a problem?

Catch up on all the latest from this week’s episodes of Ros na Rún in a double feature omnibus on TG4 this Sunday at 7:30pm.