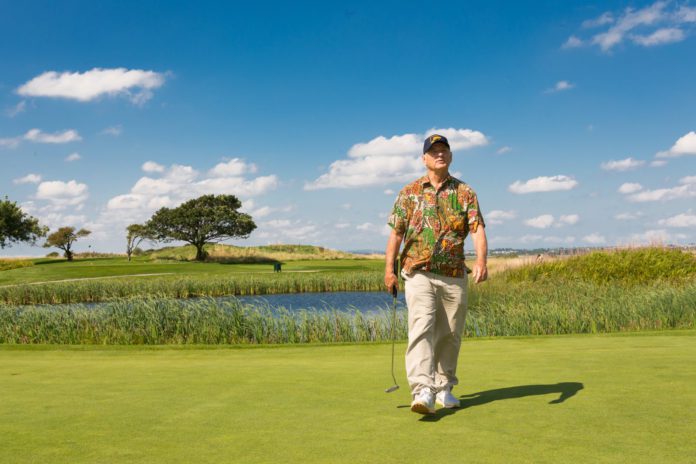 Tom Coyne took his group to some of the most scenic course’s that Ireland has to offer, including Carne in Mayo, Connemara, Donegal, Enniscrone in Sligo and of course Galway Bay Golf Resort which was in sensational condition as always but was blessed with glorious sunshine for the round.

Bill was presented with a signed Connacht Rugby jersery and a personalized bottle of whiskey to commemorate his visit to Galway Bay Galway Resort.

The former Ghostbusters and Groundhog Day star was a huge fan of Galway and was seen enjoying many of its dining establishments and bars during his stay in the Connacht Hotel.

Damien Coleman Golf Course Supervisor at Galway Bay said, “It was a tremendous honour for all involved at the course to be visited by such passionate golfers, to see them enjoy the round so much gave everyone in the club so much pride and satisfaction.”

“Hope this film will be a great advertisement for tourism in the West of Ireland, as it it broadcast in the States over the festive period just in time for planning next years golf outings.”

Bill and his family took their tour of the Wild Atlantic Way back in August 2021, and the results are coming to our screens this week.

The Links Life is releasing this week on Amazon Prime Video, as well as Tom Coyne’s YouTube channel. 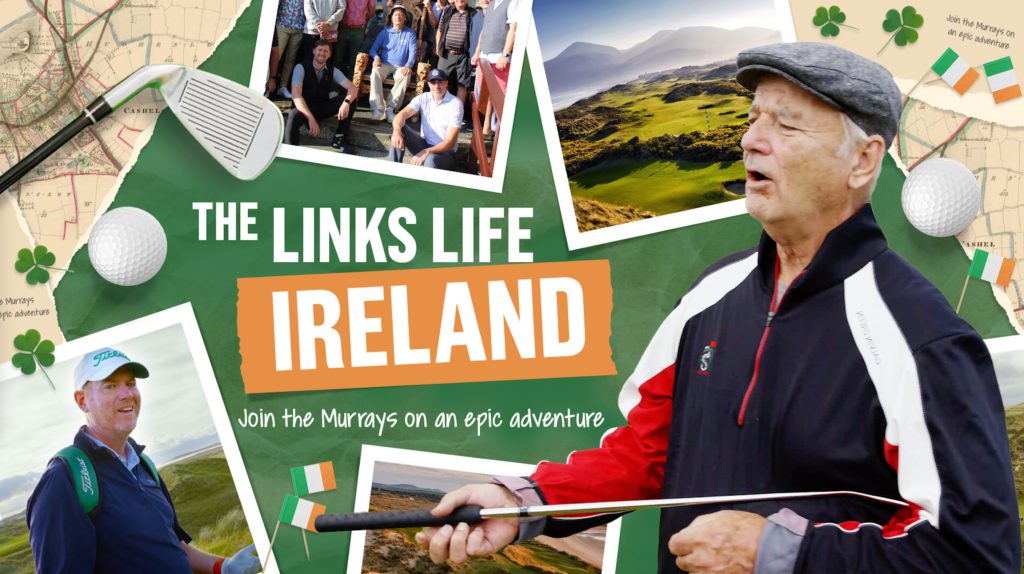