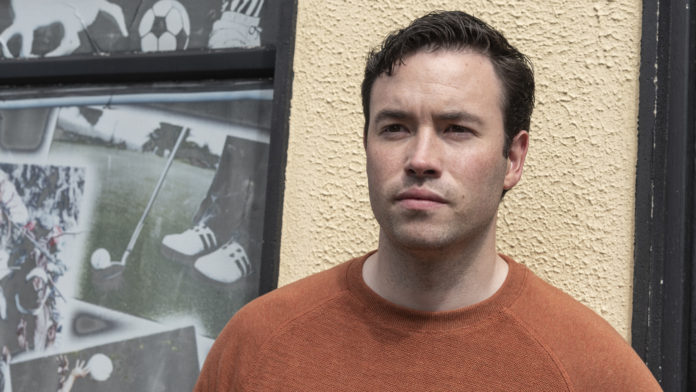 Mack and Dee are on the outs, Caitríona is ferreting out secrets right and left, and many people try to come to Berni’s aid in Ros na Rún.

Evan, wanting to prove that Briain raped Berni, meets him for a drink. But what  does Evan plan on doing?

Caitríona, knowing Briain raped Berni, is told he is guilty of far more, peaking her ever actie curiosity.

That’s not the only front she’s nosing in, as Caitríona is determined to find out what Colm is concealing for her.

He might not have any intention of telling her, but she instead works on some people who might do just that.

Mack, having given Dee the benefit of the doubt, realises he made a mistake and doesn’t want to live under the same roof. Dee becomes worried when she gets whiff of what Mack is saying about her.

Bobbi Lee, believing she is helping Berni, speaks to O’Shea. But unbeknownst to  her, she has done more harm than good.

Tadhg knowing how alone Áine feels, gives her a box of Frances things. Will Áine  find joy in Frances memorabilia?

Catch a double filling of all the latest drama from Ros na Rún in a TG4 omnibus on Sunday.