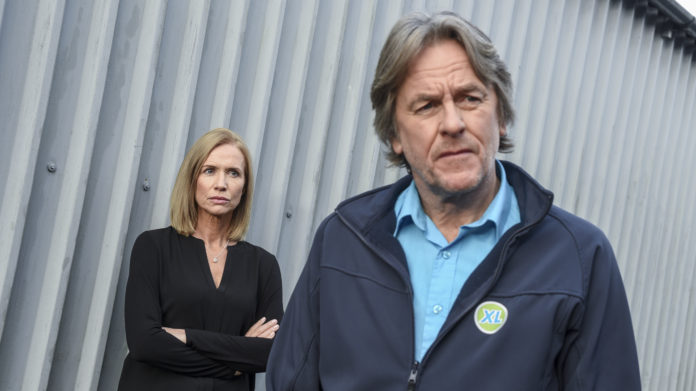 Caitríona is hit from different directions as her troubles with Vince are the talk of Ros na Rún, while the Gardaí aren’t letting go of the missing money. Padraig has his own share of anxiety over Dan’s absence, and an engagement ring puts a scowl on Tadhg’s face.

Caitríona decides to keep a dignified silence about her trouble with Vince but she’s forced to air their dirty laundry in public when she finds out people are already talking about them.

Still, she’s not completely alone, as Colm is quick to tip Caitríona off about O’Shea because he too has his own reasons for wanting this investigation to go away.

Dan has gone to Glasgow to break it off with his boyfriend but why doesn’t he return Pádraig’s calls or answers any texts.

Peatsaí has returned with, which puts a smile on Tadhg’s face. However, that smile turns to a growl when he realises Sally is also in tow, complete with an engagement ring!