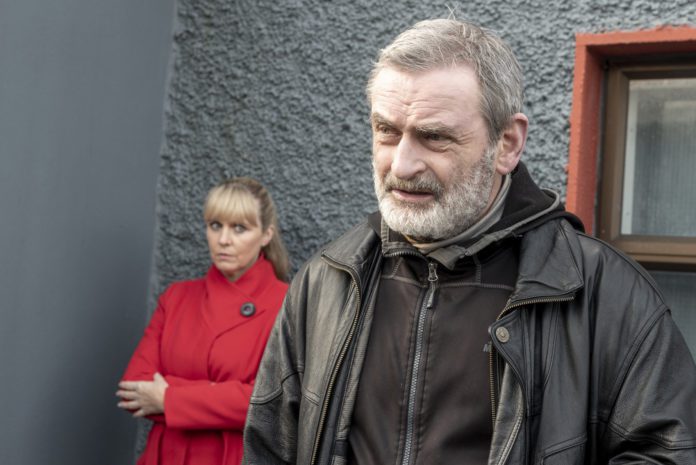 Berni reveals what Briain did to Andy, Bobbi Lee is fuming at Berni’s deception, and Mack wants Niall to let loose one last time in Ros na Rún.

Berni tells Andy that Briain raped her, which is why she doesn’t want him to have anything to do with her child.

Andy is out for blood, but everyone’s intentions are thrown into chaos when Berni goes into labour.

For her part, Bobbi Lee is fuming that Berni lied to her, and prioritised Andy over her. In her anger, she tells Berni not to come to the wedding.

Mack thinks Niall needs to let his hair down and enjoy his last night as a single man. But will that end up with him staying single?

Micheál, on finding the engagement ring he bought for Laoise, puts it away  believing he will never have any use for it. What makes Micheál come to this conclusion?

Catch up on all the latest in Ros na Rún this week in a double feature omnibus on TG4 this Sunday.