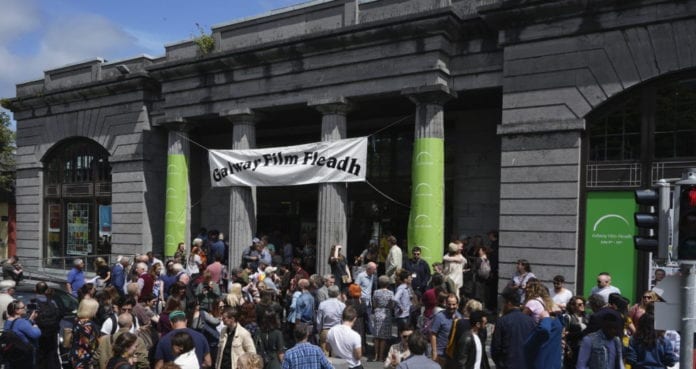 The countdown is on to the 32nd annual Galway Film Fleadh this summer, with submissions now open for feature movies to run at the film festival.

2020 will of course be an extra special year for the festival, with Galway serving as the European Capital of Culture, and the film fleadh will be bringing everything to the table to help make the year special.

This year’s festival promises to make Galway the perfect platform to celebrate the boldest new voices and visions in filmmaking from around the world.

Filmmakers with works-in-progress, or completed works ready to debut in the new year, are encouraged to being the submission process early.

Winners in recent years include A Bump Along the Way, For Sama, The Dig, Katie, Michael Inside, The Young Offenders, Song of Granite, Hunt for the Wilderpeople, Song of the Sea, among others.

The early bird deadline for submitting a feature film for consideration is January 17, and submissions will only cost €30 at that point.

Beyond that time the regular price goes up to €40 with films able to be submitted up to Friday, March 13. The late deadline for the film festival is Friday, April 3.

To submit your film or read more about the guidelines governing the competition click here.

The 32nd Galway Film Fleadh will run at multiple venues throughout the city from July 7 – 12.