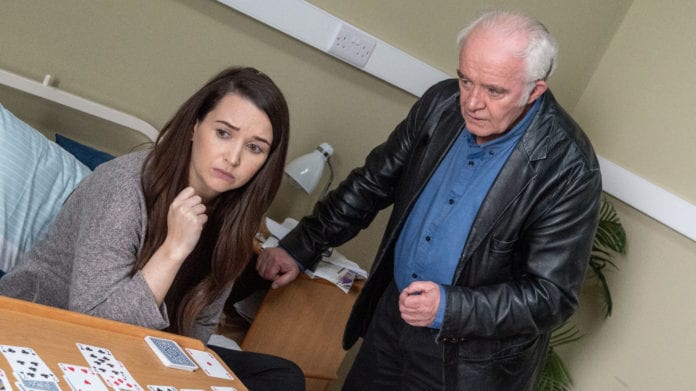 The plot thickens in Ros na Rún as Tadhg plans with Katy, Bobbi Lee and Nathan come closer to revealing secrets, and love is in the air for Michelle and Rory.

Tadhg meets with a downbeat Katy. He has a plan to get her out of the hospital and all Katy needs to do is follow his instructions. Will she accept help from Ros na Rún resident schemer?

Bobbi Lee and Nathan, despite initially clashing, soon see eye to eye. Will Nathan reveal his true identity to her?

Berni has an event to go to but cannot find anything to wear. Caitríona suggests she try on some of her dresses. Berni is touched by Caitríona’s generosity. But has Caitríona an ulterior motive?

Michelle is keen to get with Rory and hopes she will at the house party tonight. Will these two finally get it on?

The 18th episode of this season of Ros na Rún will air at 8:30pm tonight on TG4, with a special double billing omnibus on Sunday for people who missed Tuesday’s episode.