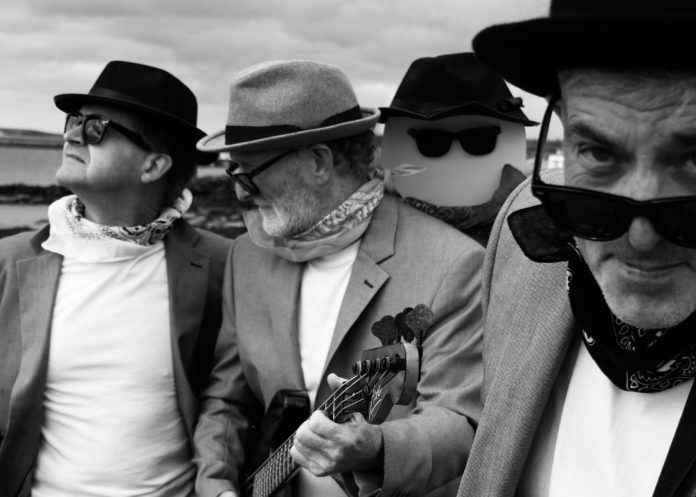 Galway band The Opacas are launching their new single at a gig in Galway City this evening, with three other local acts featuring.

The Opacas, Bríd Kenny, Eoin Dolan, and Synergy all take to the stage in The Loft @ Seven, Bridge Street, at 8pm this evening.

The Opacas, Steve Talbot, Peter Tobin, and Pat Boyle, with Mike McLoughlin on percussion and Joe Treacy taking over lead guitar duties, will be launching their new single and video, ‘Rainbow Cloud’.

This the ninth single by the Galway based group who began life as a virtual band during the Covid lockdowns.

The gig will include the first screening of the official video of their single which continues their long time collaborations with Knocknacarra Amateur Theatre Society and Athenry Drama Group.

The highly regarded singer-songwriter Eoin Dolan will be playing acoustic versions of songs from his latest album, Mirror Liver.

Hot Press described him as “A Galway musician who channels the Beach Boys’ sunny warmth like no other in the country.”

Bríd Kenny is no stranger to the Galway live music scene and will be performing acoustic versions of tracks from her latest EP, It Matters.

Bríd played the Róisín Dubh on New Year’s Eve and is one of the most interesting singer-songwriters on the circuit today.

She will be performing without her band (The Noise) so this is a great opportunity to see and hear a talented artist performing her music raw.

To kick the evening off, young Galway sensations Synergy will be taking to the stage. A new band, they received huge acclaim following their gig in Arás na nGael in November with their genre bending style.

The quintet – John Flannery, Eoin Cahill, Eoin Schaefer, Mark Tobin, and Romain Gadioux – have come a long way since starting to write songs in their car, and they are certainly going to go a long way.

The Opacas and Friends Showcase Gig at The Loft will take place at The Loft, on Bridge Street, Galway City.

Tickets for this incredible showcase of Galway’s musical talent are €10, and available at via www.opacas.com.

Galway’s trad musicians ring in the New Year on TG4