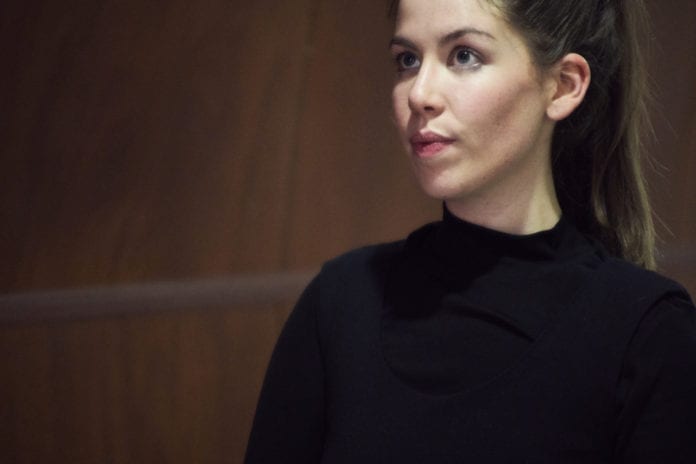 Galway singer-songwriter Niamh Regan has long been eulogised as one of Ireland’s most promising folk talents, and now she’s ready to leap to the forefront of the scene, with the release of her debut album next month.

Coming on August 10 via Black Gate Record, the first taster from ‘Hemet‘ came out last month when ‘Save the Day’ was released to wide acclaim on Irish Radio.

It featured on the RTE Radio 1 Recommends’ playlist for 3 weeks in a row, and reached #1 on the station’s airplay chart, it was also playlisted on RTE 2XM, played on RTE 2FM, BBC Radio, and on top regional stations across the country.

Niamh Regan has followed that up with the second release from her maiden LP; a 70’s blues-folk style ballad ‘How About That Coffee?’, out now.

“I received a text that said ‘How about that coffee?’ a while back and the question just
worked itself into a song instead of that catch up,” Niamh says of the single.

“The song really came to life in the studio when drums and double bass were introduced.”

“Originally, I had planned for a nostalgic piano based approach based off some Tom Waits recordings, but we ended up down a road that was paved by Van Morrison with shimmering strings, full band, and horns.!

“It was a great honour to work with such stellar musicians in this process,” she adds.

‘How about that Coffee?’ features the outstanding talents of Dominic Mullan on percussion/drums, Caimin Gilmore on double bass, Alex Borwick on trombone, Peter Berrill on trumpet, and Pat Daly on strings.

It is available to stream or buy now at niamhregan2.bandcamp.com/track/how-about-that-coffee.