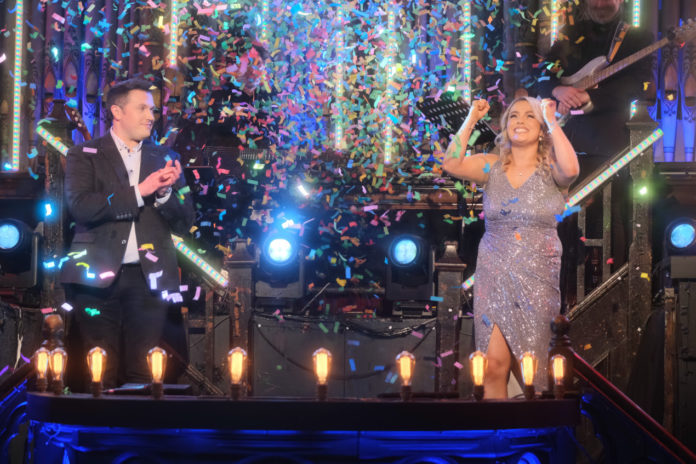 The 22-year-old student nurse took home the coveted title and a cash prize of €5,000, beating Mayo man David Connor in the final at the Quays in Galway city.

Emma Donohue, who was mentored by country music star Mike Denver, said that she is “absolutely delighted” to have won the competition.

“You have made one girl from Galway a very happy woman tonight,” Emma said after being announced as this year’s Glór Tíre winner.

“I’d like to say a huge thank you to the team of Gaelmedia who made this experience so worthwhile and to TG4 thank you.

“I want to say commiserations to David and to all the other contestants who took part in the series. You all have a fantastic future ahead of you.”

This year’s competition, which was broadcast live each week from The Quays Galway, was not without its challenges during the pandemic.

The semi-final and final of the series were postponed in March due to a COVID incident, and two contestants left the competition due to a breach of Level 5 guidelines.

Máire Ní Chonláin, Commissioning Editor of Glór Tíre said: ”It was important for TG4 and Gaelmedia who produced Glór Tíre to keep everyone involved in this year’s Glór Tíre 2021 safe; the crew, competitors, and guest singers each week.

“Live broadcasting during a pandemic is a challenge. Congratulations to Emma Donohue, this year’s winner, and we wish everyone who took part in the competition this year the best for the future.”

You can catch up with last night’s final ‘Glór Tíre’ on the TG4 Player: Glór Tíre Final

Clannad to perform in Galway as part of farewell world tour