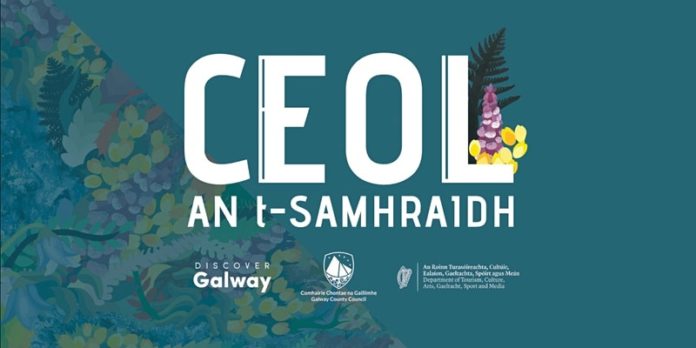 As part of the effort to breathe life back into to the music scene in Galway a series of free, live concerts, Ceol an tSamhraidh, will kick off this weekend.

The first series of open air concerts is taking place over the weekend of August 13-15, with free ticketed performances in Ballyglunin and Corr na Móna for audiences of 200 people.

At 4pm Fuse Collective; a group of local talented young Tuam musicians will perform followed by a later event with the The Raines playing from 8pm.

On Saturday 14 August the music continues at Ballyglunin Station, with an exciting line up including Darragh O’Dea and The Delicate Dogs taking to the stage at 4pm, with the later gig being headlined by The Whileaways at 8pm.

On Sunday 15th August, Ceol an tSamhraidh moves to Pairc Chorr na Móna with a show starting at 6pm.

It will feature Back West, Back the Valley, Kelly Fitzhenry and Friends with Aindreas de Staic as “Fear an Tí “.

Back West are a group of four young musicians, Maureen and Brendan Browne on fiddle/vocals and accordion respectively are joined by Lord of the Dance Peter Vickers on hand and foot percussion, accompanied by virtuoso guitar/vocalist Fabian Joyce.

Back the Valley are a group of musicians from Clonbur: Martin Coyne, Barney McCabe, Colm Naughton, Pearse Doherty and Jamie O’Neill.

More exciting weekend concerts are planned for later in August and September featuring Local musicians throughout the county. Further details will be announced shortly.

“It has been an exciting opportunity to bring live music back to audiences in Galway and support the wider event industry in the county”, said Sharon O’Grady Arts Officer.

Ceol an tSamhraidh is part of the Government’s Local Live Performance Programming Scheme, presented by the County Council tourism office, and funded by the Department of Tourism, Culture, Arts, Gaeltacht, Sport and Media.

This scheme aims to provide support for people in the live performance industry and facilitate programming of outdoor live performances in Galway through summer 2021, animating town centres for local communities.

Ruth Mulhern, Galway County Tourism Officer said “we have had the pleasure of showcasing Galway talent within our unique landscape across the east and west of the county”.

Tickets for this weekend’s concerts are free but limited. Book you tickets online at https://www.eventbrite.ie/o/ceol-an-tsamhraidh-34147364965