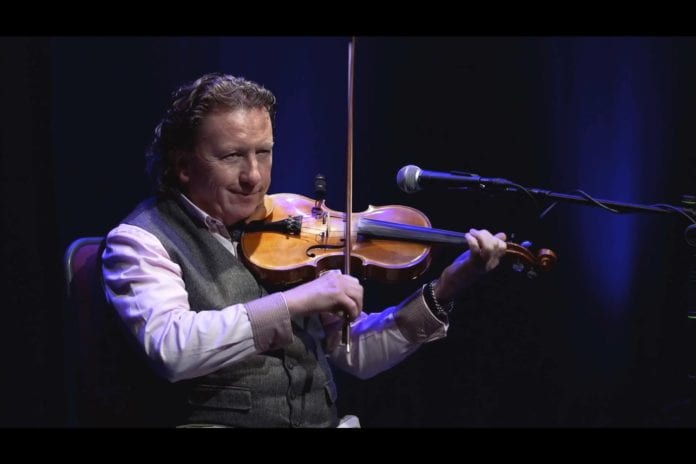 A family of trad musicians from Corrandulla will be one of the headline acts at the opening of the 22nd annual Irish traditional dance and music festival in London.

The Return to London Town Festival with a mix of virtually streamed and socially distanced concerts and workshops on the weekend of October 23 – 25.

The Gavin family from Corrandulla, siblings Seán, Noreen, and Frankie, will open the festival with a ‘Trad Cinema’ concert screening at  BFI IMAX Waterloo on Friday evening.

Sean Gavin, the eldest of the family, is an all-Ireland champion on the button accordion who has toured extensively throughout Europe, America, and Asia.

In 2011 he received a Gradam an Chomhaltas medallion having being invited to participate in the Button Accordion Championships in Tullamore on the 60th anniversary of the founding of Comhaltas Ceoltóiri Éireann.

Noreen has been playing the tin whistle since she was five years old, and is regarded as one of the most legendary traditional players in the country.

With a strong belief in passing these skills onto the next generation, Noreen has been teaching music in Connemara for more than 30 years.

She has also released a CD ‘The Quiet House’ of rare traditional tunes plus three of her own compositions.

Frankie Gavin, is the youngest member of the family, who largely taught himself the fiddle from a very young age.

At the age of six, Frankie played for president Kennedy when he visited Ireland in 1963, and 50 years later he played for Catherine Kennedy, along with his sister and brother, when she came to open the  the national Library’s exhibition commemorating the four days her father spent in Ireland.

In 1973 at the age of seventeen, he won the All Ireland Under 18 fiddle and flute competition on the same day, and later went on to play with the trad music legends De Dannan.

The Return to London Town Music Festival has been in planning for some months now, with arrangements remaining flexible for COVID-19 restrictions.

The opening concert will feature performances and short interviews by Dervish/Noreen O’Sullivan, Seán and Frankie Gavin with George Grasso/ Gatehouse.

The full programme of events for the festival can be viewed online here: https://www.returntocamden.org/