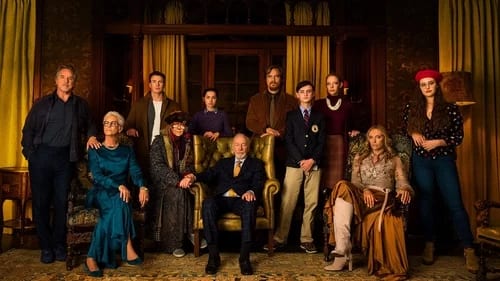 Rian Johnson knocks and a star-studded cast create a modern twist on the classic whodunnit picture; Knives Out is one of the best movies of the year – and definitely its most purely enjoyable.

When elderly patriarch of the moneyed Thrombey family, Harlen Thrombey (Christopher Plummer) is found dead – apparently by suicide – the morning after his 85th birthday party, foul play is immediately suspected, setting Knives Out running with escalating accusations and intrigue.

What doesn’t help to allay suspicions is the presence of Harlen’s extended family in the vicinity of the murder, hanging around en-masse like a committee of vultures and growing visibly impatient for the eagerly awaited will to get an airing.

Almost everyone in this motley crew has something to gain in Harlen’s death and it’s up to esteemed detective Benoit Blanc (Daniel Craig) to get to the bottom of things and to untangle the complicated web of backstabbing and double-crossing and find out what the hell is truly going on.

Everyone loves a good whodunnit, but for some strange reason they don’t seem to be all that plentiful these days.

There was the remake of Murder on The Orient Express a couple of years ago, but I don’t think anyone in their right mind would really place that amongst the canon of classics of the genre. It’s a different story with Knives Out, which has the feeling of a future classic about it already.

One of the great strengths of the film – apart from its craftsmanship and pure entertainment value – is how it works as comfortable and confident tribute to the features and tropes of existing murder mystery movies, but with its own unique character and contemporary edge which allows it transcend what could have amounted to just a merely well-made pastiche.

Johnson loves the genre that he’s working with here and a lot what makes the film work as well as it does is that sense of a steady creative hand behind the camera that knows exactly what it is doing at all times.

The requisite tight and satisfyingly twisty turns of the plot are present and correct. The actors imbue their roles with the expected amount of outright villainy or barely concealed sleaze. There are laughs. There are gasps. The soundtrack ebbs and flows like an arch commentary on the on-screen developments.

Knives Out is a well-oiled machine, with every component part working satisfyingly in harmony – and that alone is no small feat.

But, as much as it succeeds in delivering expected pleasures, the film also takes risk and is the better for it.

Rather than just remaining content to exist as a well mounted tribute to cinematic murder mysteries of old, Knives Out is unmistakably a product of now and for all its familiar and well executed elements there is something undeniably fresh about it.

Contemporary political themes are surprisingly to the fore in the plot. It’s hard to write about this without getting into specifics – which would ruin the enjoyment of the movie for people who have yet to watch it – but there’s a political message underlying the film that gives it bite and an extra dimension.

There may be some validity in the criticism that the political or social critiques in the script are at times a bit broad and not always as fleet of foot as the other elements of the picture.

But overall, how the film manages to contain so much to sink your teeth into and still somehow wraps it all around fundamental and current questions about power and privilege is something I’d rather commend it for than dock it marks. An entertaining movie with something to say? Yes, yes please.

I don’t want to make Knives Out sound like some dry political work, because that is definitely not what it is. It is breezy and it is light; and it’s first class entertainment, first and foremost.

The political message and commentary on current events are there, but I think a viewer can be oblivious to all of this or even completely disagree with it and still have a bloody good time watching this movie.

The most ringing endorsement I can make is that the two hours run time feels like about eighty minutes and there’s so much class sprinkled over everything in the film; they don’t make ‘em like this anymore.

Knives Out has got something for everybody. Do yourself an immediate favour and go see it.