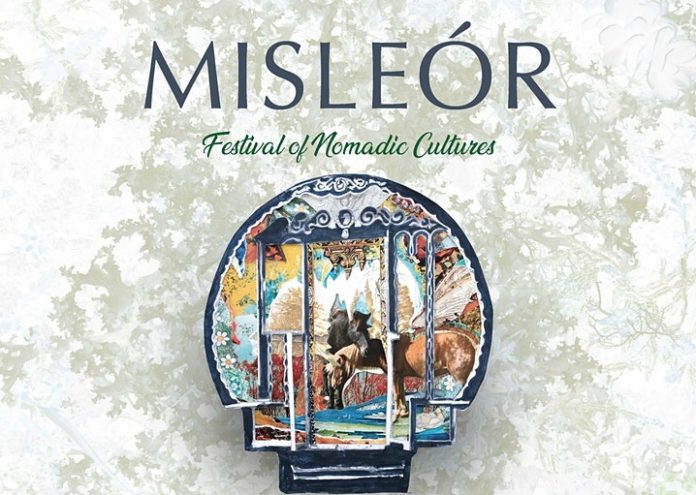 Explore the wandering heritage of nomadic cultures from around the world in a three day festival in Galway City this weekend.

The Misleór Festival, organised by Galway Traveller Movement, is a truly unique experience, the only one of its kind in Ireland.

The importance of being free to move and travel has never been more apparent than after the past year and a half, when much of the world has been confined to one place to a greater or lesser degree.

Misleór, meaning ‘Wanderer’ in the Irish Traveller language Cant, promises to bring together a very special look at nomadic culture and heritage from Ireland beyond.

The festival starts on Friday with a series of short films screening at the Pálás Cinema on Friday evening at 7:30pm.

On Saturday the excitement heads over to Galway City Museum and beyond, where numerous events will be taking place throughout the day.

These will start with Kindred Spirits, a Nomad only dialogue space, and a more public event to hear about nomadic cultures from around the world at Misleór Conversations later that afternoon.

Taking place at 3pm in the museum, Misleór Conversations will be a public panel discussion with activists and community leaders from global nomadic peoples. This will also be livestreamed to watch from home.

An exhibition of traditional and contemporary displays from the local Traveller community will also be hosted at the museum for the next month, giving locals and visitors alike a view into their cultural identity.

In the evening time, from 7-11pm, the museum and other spots around the city will be the canvas for projected art from many cultures. Roam the streets to catch a striking glimpse into communities around the world.

In between, the discussions continue at NUI Galway, where award winning Traveller singer Thomas Radie Peat (Lankum) and family members of renowned Traveller singer Mary Delaney will talk about music within the Traveller Community.

Pálás Cinema will play host to the festival for a second night with a screening of the documentary ‘Acasă, My Home’ at 8pm, on a family of 11 living in harmony with nature in the Bucharest Delta until the modern world forces its way in.

On the final day of the festival, Sunday October 24, Galway City Museum will host an open air Misleór Horse Fair, celebrating the shared importance of horses in many nomadic cultures.

Starting at 2pm in the museum courtyard, this horse fair will also feature art and music from the Traveller and Mongolian communities in Ireland.

Playwright Rosaleen McDonagh will give a preview of her work-in-progress Night Shift at the Mick Lally Theatre at 6pm, read by the Fishamble Theatre Company.

Following up on this will be Magpies on the Pylon, a one-man play by Michael Collins that deals with a father struggling to handle the suicide of his adult son.

All of these events are free, but attendance is limited in many cases, so it is essential to book tickets ahead of time at the Misleór Eventbrite page.

Galway gets €100,000 for community led Decade of Centenaries events