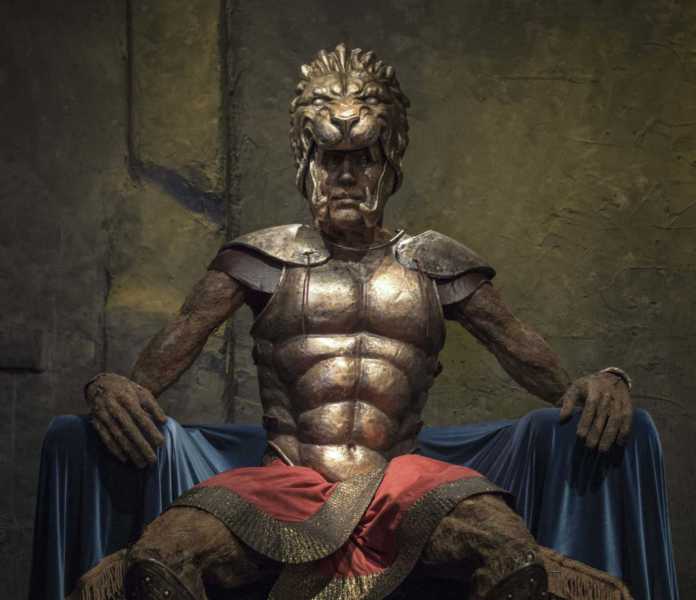 Galway’s master visual storytellers Macnas are presenting their mythological epic Gilgamesh for audiences at home and in the UK.

Gilgamesh, a 22-minute short film shot on location in the west of Ireland, is the final of a series of shorts inspired by the Epic of Gilgamesh, considered the oldest surviving story.

This film, followed by a live ‘In Conversation’ with director Noeline Kavanagh and playwright Marina Carr, will be coming to the Town Hall Theatre in Galway City next month, before heading to the UK.

On Sunday, September 12 t the Town Hall Theatre there will be three screening of the film throughout the day. Tickets for this will go on sale online at www.tht.ie at 10am on Thursday, September 2.

Gilgamesh brings the magical large-scale images and stunning artistry of the internationally acclaimed spectacle theatre company Macnas to the big screen for the very first time.

They have used this canvas to reveal a story which explores the fundamental themes of why we exist and how we exist as human beings – leadership, love, power, death and environmental crisis, and bring it to an international audience.

Join Macnas to be immersed in another world, from the majestic city of Uruk and the bogs and deserts of earth, to the realm of the Gods. All represented by spectacular landscape of Ireland.

Firmly rooted in the landscapes of Ireland, this is a beautiful Macnas-infused interpretation of an ancient story, the first ever hero’s journey written over 3,000 years ago.

Gilgamesh is directed by Noeline Kavanagh with a cast that includes Curtis-Lee Ashqar as Gilgamesh, Aaron Edo as Enkidu, Maeve Fitzgerald as Ninsun, Ella-Lily Hyland as Shamhat, Úna Kavanagh as Ishtar, San Shella as Enlil and Sean McGinley as Uta.

Following on from its day in Galway, Gilgamesh will be headed across to England for its UK premiere at the London Irish Centre on Thursday, September 16.

The film will also be available to View On Demand for 48 hours only on September 18 – 19 via Eventive.