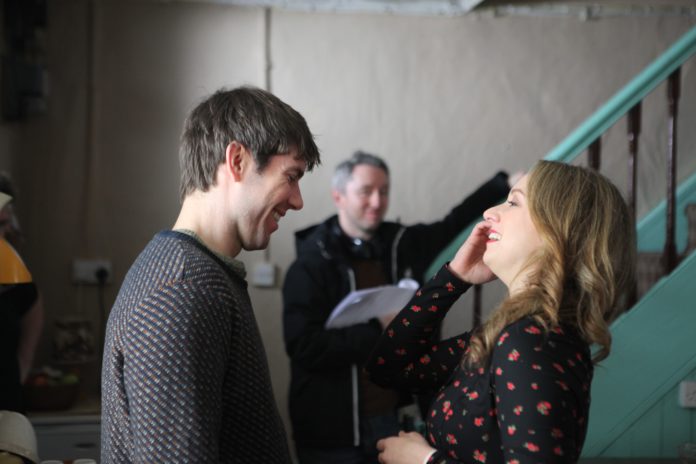 NUI Galway academic and filmmaker Seán Breathnach has been nominated for the prestigious Bingham Ray New Talent Award at this year’s Galway Film Fleadh ahead of the premiere of his film Foscadh tonight.

Written and directed by Breathnach and produced by Paddy Hayes of Magamedia Teo, the film will be shown at a special outdoor screening at Fr Burke Park on the Father Griffin Road this evening (Friday) at 9pm.

The film is inspired by characters from acclaimed novelist Donal Ryan’s The Thing About December and stars Dónal Ó Héalaí (Arracht), Fionnuala Flaherty (Out of Innocence) and Cillian Ó Gairbhí (Blood).

Set in the wild mountains of Connemara, Foscadh tells the story of friendless and guileless recluse John Cunliffe who is suddenly propelled into manhood at the ripe old age of 28.

When his over-cosseting parents pass away, John inherits mountain land that is in the way of a lucrative wind-farm development, and he is forced to navigate the choppy waters of romance, trust and vengeance for the first time.

Talking about his first feature film, Breathnach said that he thinks this is an especially Irish tale, exploring themes of heritage, memory and identity.

“It tells the story of a recluse, John Cunliffe, the beating heart of our story, who must forge his own path following the tragic loss of his parents,” he said.

“It was a privilege to bring Foscadh to life and I very much look forward to its release this week.”

The outdoor screening of Foscadh will be followed by a Q&A with director, cast and crew.

NUI Galway Professor Breandán Mac Suibhne said that Foscadh is a wonderful film that deserves – and will get – a wide audience.

“Its writer and director Seán Breathnach is also a great teacher who epitomises NUI Galway’s commitment to excellence in all we do. His colleagues are immensely proud of him,” said Professor Mac Suibhne.

The winner of the 2021 Bingham Ray New Talent Award will be announced at an online awards’ ceremony on the closing night of the Galway Film Fleadh, Sunday July 25 at 6pm.

His short film Maidhm was premiered to critical acclaim at the Galway Film Fleadh in 2015 and went on to win awards at the ​Limerick Film Festival, the Fingal Film Festival, as well as the best actress award at na Gradaim Cumarsáide.

Foscadh was the script selected for the 2017 CINE4 commission, a scheme run by TG4, Fís Éireann and the BAI.