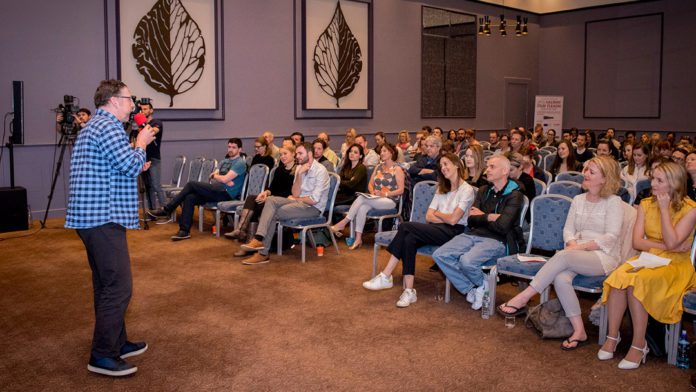 Ten finalists have been chosen for the Galway Film Fleadh Pitching Competition, giving writers a chance to get their foot in the door.

The annual competition asks writers to deliver a 90 second ‘Elevator Pitch’ of their idea to an audience, and a panel of industry judges.

The winner will receive a cash prize of €3,000. But perhaps the biggest benefit, for all of the finalists, will be the chance to showcase their ideas to a room of industry professionals.

Previous participants have cited: opening the door to producers, having their project optioned by producers, being invited on mentorships to hone their craft, bolstering their confidence, and providing the first opportunity for them to win over an audience.

2021’s winner Giles Brody said: “Winning was surreal…. I used some of the winnings to pay for a script editor which has been invaluable.”

“The Fleadh folks have been really helpful and encouraging, checking in on my progress and connecting me with the industry.”

“I’ve had some encouraging conversations with producers and agents. Everything is still in the early stages but the goal is to keep the momentum up and eventually debut the film at the Fleadh”

The Pitching Competition will take place on the closing day of the Film Fleadh, returning to a live audience this year, and the winner will be announced at the Festival’s awards ceremony.

The ten finalists are:

The Pitching Competition will take place on the July 10 in the Galmont Hotel at 12pm. This is a free event, but pre-registration is advised.