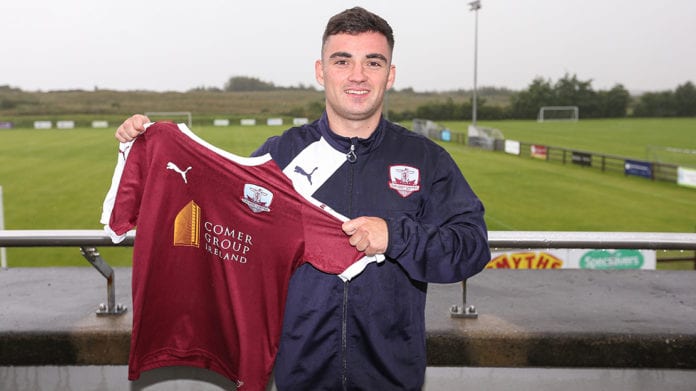 Galway United has announced that 23 year old midfielder Stephen Christopher has become the latest player to sign for the team this season.

Christopher is joining Galway United from the Cobh Ramblers, where he made over 100 appearances in five seasons.

At the Ramblers he helped the club reach the EA SPORTS Cup Final in 2018 and a second place league finish in the First Division in 2017.

The Cork native has agreed a deal at Eamonn Deacy Park until the end of the 2019 season and will wear the number 22 jersey.

The versatile midfielder goes straight into United’s squad for the Drogheda game at Eamonn Deacy Park on Friday night.

“He’s probably Cobh Ramblers most experienced player,” Murphy said, adding “He was a regular in the team that reached the EA SPORTS Cup final and played a lot of league games for Cobh.”

“He’s a very versatile and driven player, that is shown by his ambition to come up here and join us. He really wants to push on in his career and become the best player he can.”

“Stephen is a player that I’ve been keeping a close eye on for a while. He’s performed well against us over the last few years and I’m delighted to add him to our group.”

Galway United are playing Drogheda United tonight in Eamon Deacy Park with kick off at 7:45pm.

The club is running a Ladies Day special this week, with women of all ages entering for free.

It has also been confirmed that James Tierney and Jeff McGowan have both left Galway United. The club thanked both players and wished them well in their future.