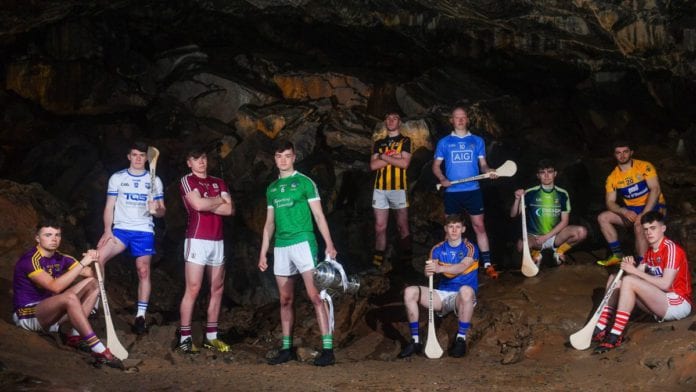 It was too easy in the end and that really summed up this contest as Galway won their first under 21 hurling championship game since beating Dublin in the 2016 All-Ireland semi-final.

Indeed, to find the last time the Tribesmen won in the standard 60 minutes, one would have to go back to the 2011 Final.  But there was never any doubt that spell was going to end on this evening.

For Offaly fans, worrying time lie ahead after their seniors’ relegation from the Leinster championship and they never looked like ruining Galway’s historic debut in the eastern province.

Sean Loftus, who lined out in the senior game against Dublin the previous Saturday, was Galway’s spare man and finished a profitable evening with 1-2 and the Man of the Match Award.

Wayne Mooney converted Offaly’s only first half point from play reducing arrears to three but they were 0-11 to 0-4 down at half-time.  Even though Duignan added two placed balls, Niland was unerring with frees, Brian Concannon registered and Sean Bleahene provided a four-minute treble.

The scoring dried in the third quarter but Offaly never looked threatening and can thank keeper Eoghan Cahill for a serious of top drawer saves to avoid a disastrous score line.  Duignan hit two frees Niland equaled that tally and Loftus’ second left it 0-14 to 0-6.

Another for Niland ended a dry spell before he quickly added his eighth free.  Cathal O’Brien sent over Offaly’s second from play but this quarter-final was playing itself to a finish and Owen Woods finished Offaly’s account on 63 minutes.  But their evening also ended sour with Oisin Kelly getting a straight red card five minutes from time.

However, Galway treated their travelling supporters when Concannon’s pass across goal was sent to the net from a tight angle by Loftus.  Niland, Fahy (2) and Jack Canning completed the rout.

The maroon and white don’t have time to savour this result as their next challenge arrives just seven days later.  Kilkenny will be a much sterner test in the Leinster semi-final on Wednesday, 20th June in O’Connor Park.

But Galway have continued their history making year with another first by competing in Leinster.  However, another positive result against DJ Carey’s side will justify their determination to be included.

Galway have beaten Offaly by 1-20 to 0-8 in the BGE Leinster U21 Hurling Championship. Watch GAANOW's full-time highlights here! pic.twitter.com/dzVTLwF3LH