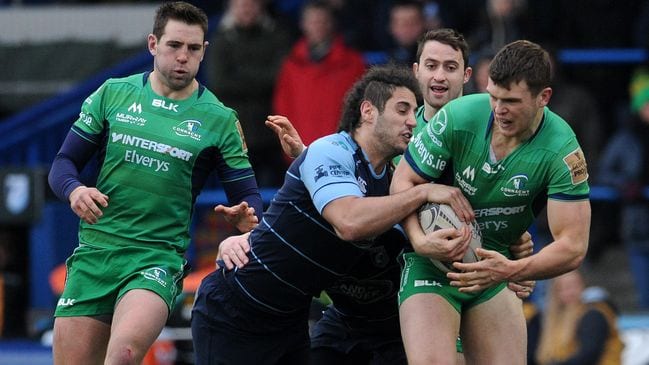 Connacht Rugby have announced on their official website that Tom Farrell has his extended his contract and will stay until the end of the 2019/2020 season.

The 24-year-old centre signed for the Western province in January 2017 and has made 20 appearances since his move from Bedford Blues.  This season alone, he has appeared 12 times and scored 20 points.

Farrell, who came through the Leinster Academy, has represented Ireland at under 19 and under 20 level including appearing at the 2013 Junior World Championship scoring a try against New Zealand over four outings.

We are delighted to announce that centre Tom Farrell has extended his contract with the province up to the end of the 2019/20 season. #StrongerInGreen https://t.co/U2Y8Jk8MfY pic.twitter.com/FuvXCRmyZ2

“Having spent some time in England in 2016 it was great to get an opportunity to sign for Connacht back in January of this year,” said Farrell in a statement on Connacht Rugby’s website.  “I have been really impressed with the setup in Connacht and I think my game has benefited from the coaching I have received since arriving last season.

“I am delighted to be able to commit to the province for the next two seasons and hope to be part of more success for Connacht in the years to come.”

“Tom has had a good start to the season and has really developed his game during his time with us,” added head coach Kieran Keane.  “He is one of a number of ambitious young players currently in the squad and he has a bright future ahead of him. I am delighted that he has committed to Connacht for the next two seasons.”

The news will be welcome to Connacht supporters as they prepare for a busy Christmas period starting with the visit of Ulster to the Sportsground on Saturday (December 23rd, 7.35pm).