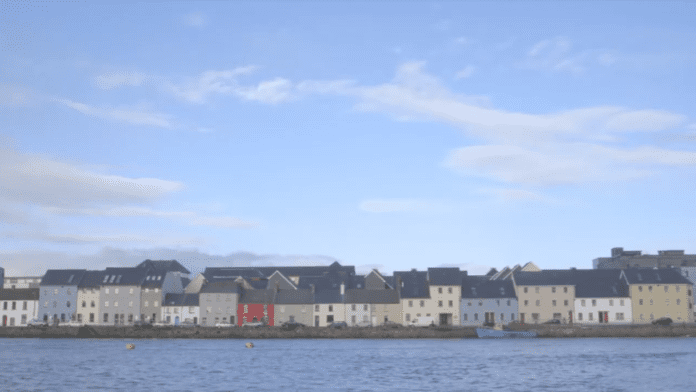 The award-winning Galway actress features in the second of three Tourism Ireland films, sharing insights into a piece she performed called Your Hands, written by John O’Donovan.

Nicola also speaks about her Galway roots and the film features beautiful scenery and some of the city’s most iconic locations such as Eyre Square and the Spanish Arch.

In the film, Nicola Coughlan praises Galway, saying: “People know me as a Derry Girl, but in reality, I’m a Galway girl.

“I think Galway is great craic and I think it’s an incredibly artistic city too – it’s so colourful and so rich.”

She also praises Derry, saying that it is “such a friendly city, it’s really vibrant, it’s about the people there. It’s such a wonderful place to go and to visit.”

Fellow Derry Girls star, Siobhán McSweeney also features in one of the videos, as well as author, activist and teacher Sinéad Burke.

Niall Gibbons, CEO of Tourism Ireland, said that Tourism Ireland was delighted to work with the Abbey Theatre and Nicola Coughlan to create this wonderful short film.

“It allows us to keep the beauty of Ireland to the fore and to showcase our authentic home-grown talent around the world,” he said.

“While we may not be able to travel just now, this film will inspire people for their future visit – reminding viewers, including our ‘culturally curious’ audience, of our wonderful theatre culture, our stunning scenery and the sense of pride that makes Ireland such a special place to visit.”