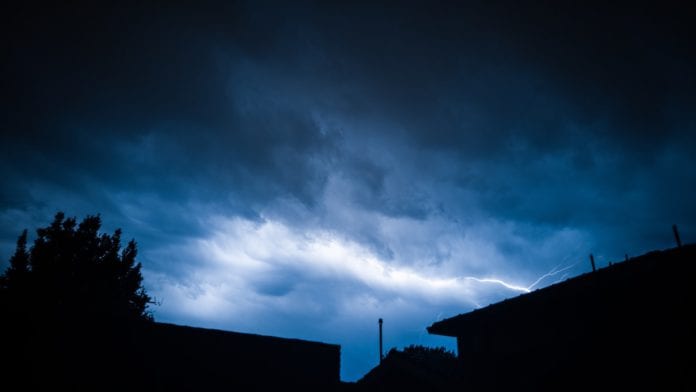 A Status Yellow weather warning for thunderstorms and a risk flooding has been issued for Galway and much of the county today.

A separate Status Orange weather warning for heavy rainfall has been issued for the northwest, and a yellow alert for thunderstorms covers four counties in Norther Ireland.

The warning for Galway forecasts; “Scattered thunderstorms developing through the afternoon and evening with heavy downpours and a risk of localised flooding.”

A Status Orange warning for counties Longford, Cavan, Leitrim and Roscommon is in place today until 6pm.

Met Eireann has forecast “Intense thundery downpours today, in excess of 50mm” which are expected to cause surface flooding.

Counties Armagh, Fermanagh, Tyrone, Derry in Northern Ireland are also under a yellow weather warning for thunderstorms today, which “may cause travel disruption” in some areas.

This is the second thunder warning issued by Met Eireann in quick succession after a similar warning was in place until 11pm on Sunday.